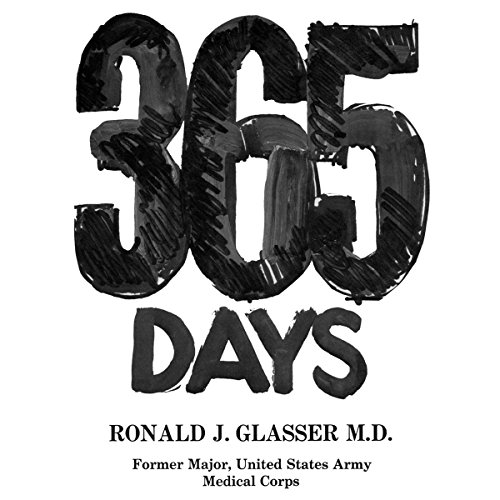 Over 200,000 copies sold in all editions. A new edition of Ron Glasser's classic account of the Vietnam War. 365 Days stands not only as a compelling account of this tragic conflict, but as a powerful antiwar statement. Nothing speaks so convincingly against the evils of war as the evils themselves.

In this gripping account of the human cost of the Vietnam War, Ron Glasser offers an unparalleled description of the horror endured daily by those on the front lines.

"The stories I have tried to tell here are true," says Glasser in his foreword. "Those that happened in Japan I was part of; the rest are from the boys I met. I would have liked to disbelieve some of them, and at first I did, but I was there long enough to hear the same stories again and again, and then to see part of it myself."

Assigned to Zama, an Army hospital in Japan in September 1968, Glasser arrived as a pediatrician in the U.S. Army Medical Corps to care for the children of officers and high-ranking government officials. The hospital's main mission, however, was to support the war and care for the wounded. At Zama, an average of six to eight thousand patients were attended to per month, and the death and suffering were staggering. The soldiers counted their days by the length of their tour - one year, or 365 days - and they knew, down to the day, how much time they had left. Glasser tells their stories - of lives shockingly interrupted by the tragedies of war - with moving, humane eloquence.

"A moving account about tremendous courage and often immeasurable suffering...[A] valuable and redemptive work." William Styron, The Washington Monthly)
"Dr. Glasser's book is one of the most gripping accounts of the Vietnam tragedy in humane, personal terms that I have yet seen." (George McGovern)
"Its quiet eloquence, its factual precision, its emotional restraint braided into the horror and pain of the subject matter make it a book of great emotional impact." (Thomas Lask, The New York Times)

What listeners say about 365 Days

I love this book. I recommend it to anyone that wants to know what happened to our boys.