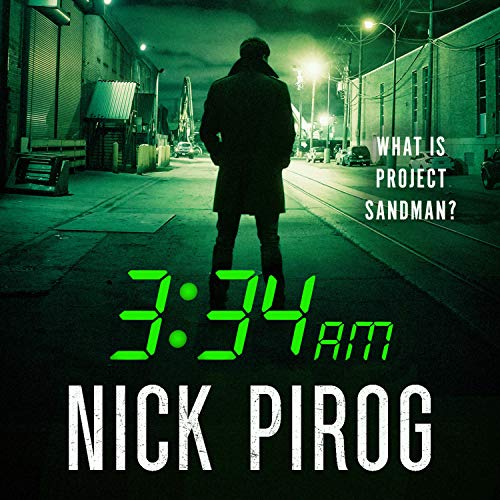 Two weeks after Henry's abduction, he is still burning with questions: Had his mother really tortured him with a synthetic nightmare? Was he really one of the CIA Sleep Control Program's first experiments? What was on the flash drive that the President had supposedly given him? But most importantly, if his mother had caused his condition, could she reverse it?

Henry soon begins the hunt for his mother, but to find her, he'll need to delve into her past, a world where nothing is as it seems, where the Cold War still exists, where secrets are the only currency, and where torture is an art form. In his search for answers, Henry learns that everything - his condition, his mother, his father, even the President - are linked by one thing: Project Sandman.

I have come to expect the unexpected and was not disappointed. I am never quite able to guess where it is going or where it will end up. The narrator makes listening an asset to the story line. This was not my favorite book of the series because I envisioned a different direction for Henry’s life, but...perhaps the next book will, yet again, produce the unexpected. I look forward to more conversations between Henry and Lassie, as well as Henry’s continued search.

Read/listened to this whole series. Awesome. Hoping the next leads to a fix for Henry Bins!

Another great addition to the Henry Bins story! I have been listening non-stop and will hate to see the end to the series. Now the question is: how WILL it end?