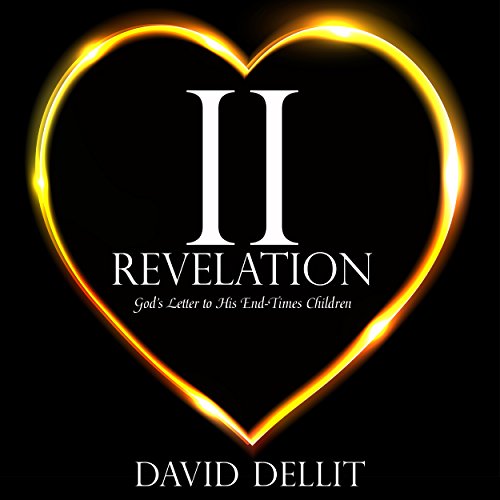 My name is David Stephen Dellit. I am God's chosen scribe to record his words found in this letter to his children living in the end-times. God calls his letter, Second Revelation. God's call is to the whole world, but in particular to those sincere God lovers amongst Christians, Jews, and Islamists.

On Valentine's Day, February 14, 2013, God commenced delivering via me, his urgent warnings, commanding me to type his words and to send them out into all the world.

God's words were clear to me in my inner senses, bypassing my ears, but at other times I would be seated at my PC keyboard, notice hours had passed, many pages were typed, but I was completely unaware of the passage of time and could not recall anything. I did not know what was typed. It was as if I had been asleep. God had taken me over. It was a very supernatural feeling.

Many times God called me urgently to my computer, often he simply started talking and I had to rush to my computer and start typing. God's words were typed in a rush with me challenged to keep pace with his delivery speed. I was instructed by him to disregard spelling and punctuation, and these were corrected in the Holy Spirit-aided professional proofreading and editing stage.

In May 2014, God began calling his words Second Revelation, and instructed me to add chapters and verses to assist study and referencing by religious leaders, teachers and others drawn to study his words. God regards Second Revelation as his love letter of warning to his children in the end-times, and the natural conclusion to Revelation found in the New Testament.