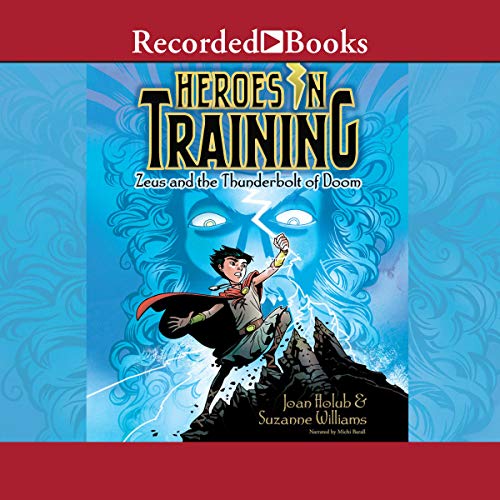 Zeus and the Thunderbolt of Doom

Zeus and the Thunderbolt of Doom

After pulling a magical thunderbolt from a stone, 10-year-old Zeus goes on the adventure of a lifetime in this thrilling start to a brand-new series!

The terrible Titans - merciless giants who enjoy snacking on humans - have dominated the earth and put the world into chaos. But their rule is about to be put to the test as a group of young Olympians discover their powers and prepare to righteously rule the universe....

Ten-year-old Zeus is mystified (and super annoyed) by the fact he keeps getting hit by lightening. Every. Single. Year. He also longs for adventure, as he has never been far from the cave where he grew up. Zeus gets his wish - and a lot more than he bargained for - when he is kidnapped by dangerous, giant Titans!

In self-defense, Zeus grabs the first thing he sees - an actual thunderbolt he pulls from a stone that is covered in mysterious markings. Zeus is the only one who can decipher the markings, and he sets off on a quest to rescue his fellow Olympians from the evil Cronus.

Armed with his trusty thunderbolt (named Bolt, of course), Zeus is on an adventure of a lifetime - and a journey to fulfill his destiny as king of the gods.