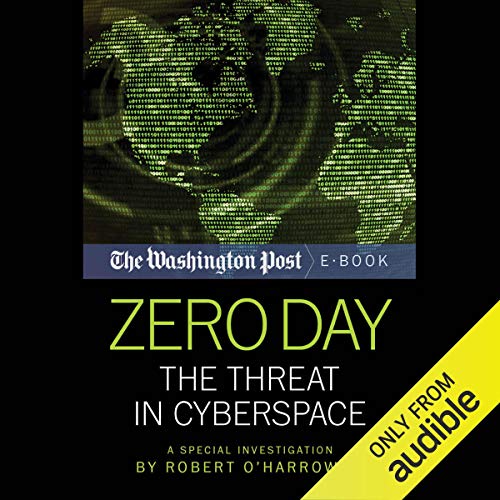 The Threat in Cyberspace
By: Robert O'Harrow Jr., The Washington Post
Narrated by: Tom Pile
Length: 2 hrs and 33 mins
Categories: Non-fiction, Politics
3 out of 5 stars 3.0 (1 rating)

Will the world's next war be fought in cyberspace?

"It's going to happen," said former National Defense University Professor Dan Kuehl. So much of the world's activity takes place on the Internet now - including commerce, banking, and communications - that the Pentagon has declared war in cyberspace an inevitability.

For more than a year, Washington Post reporter Robert O'Harrow has explored the threats proliferating in our digital universe. This audiobook is a compilation of that reporting. With chapters built around real people, including hackers, security researchers, and corporate executives, this book will help regular people, lawmakers, and businesses better understand the mind-bending challenge of keeping the Internet safe from hackers and security breaches - and all-out war.

For some reason the same information was several times. Compared to similar books on the same subject matter, this attempt sorely lacked.
Recently read the phenomenal 'Future Crimes' twice -a 20 hour book - and it blew this out of the water. No real answers or solutions, just felt like it was reading headlines, by and large.
Not really 'crap' as much as ho-hum.

Worth the download. Short yet full of very intriguing information for the IT novice and experts alike.