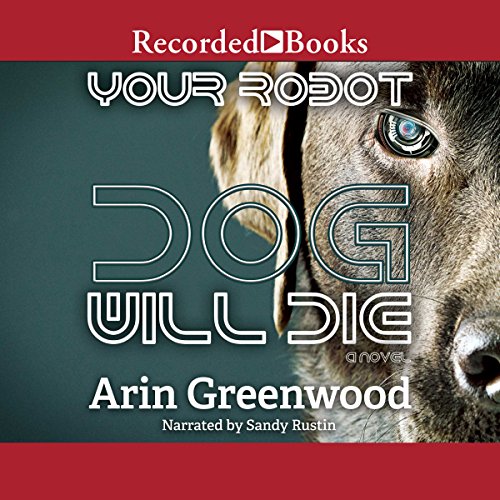 Your Robot Dog Will Die

Your Robot Dog Will Die

Fusing the heart of Julie of the Wolves with the imagination of Little Brother and Ship Breaker, this speculative YA is a must-listen for any dog lover.

In the mid-21st century, dogs are all but extinct. An experiment gone awry caused every canine on Earth to become hyperintelligent. When as a species they stopped wagging their tails, hysteria ensued - followed by a program of mass euthanasia. Now the only surviving dogs are relegated to a sanctuary off the coast of Florida: Dog Island. There, they are studied in a wild, feral, and protected state. And there, too, their robot replacements are tested before being sold for mass consumption.

Seventeen-year-old Nano Miller was born and bred on Dog Island, as were her two best friends, Jack and Wolf. Life has been mostly wonderful except for annual heartbreak, when another robot dog is torn from her arms and replaced with the latest model. And more recently, there is the heartbreak of her brother, Billy, who vanished without a trace a year earlier. Wolf, there to console Nano, has suddenly become more than a friend. (Bad news for Jack.) With the excitement of a surprise first romance, Nano is happier than ever, in spite of her loss. But then she makes a discovery that upends everything she took for granted: a living puppy who wags its tail. And there is no way she is letting this dog go.

This is a unique story that is well worth a read or listen. Although set in the future, it is easy to imagine a world where many animal species are extinct, humans have turned to robot dogs as companions, and water is scarce. The plot is engaging, the characters come to life in your mind, and there are some very intriguing underlying themes. This is a great bookclub or discussion book. Some fundamental tenets of animal rights and gene therapy are surfaced.

A very interesting and well written book! I highly recommend it. Good for young and not-so-young adults