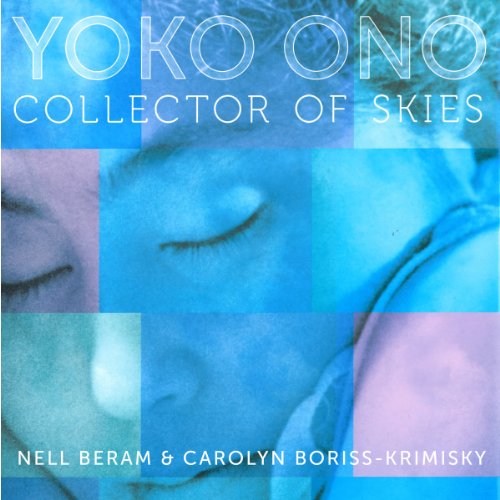 This lyrical biography explores the life and art of Yoko Ono, from her childhood haiku to her avant-garde visual art and experimental music. An outcast throughout most of her life, and misunderstood by every group she was supposed to belong to, Yoko always followed her own unique vision to create art that was ahead of its time and would later be celebrated. Her focus remained on being an artist, even when the rest of world saw her only as the wife of John Lennon. Yoko Ono's moving story will inspire any young adult who has ever felt like an outsider, or who is developing or questioning ideas about being an artist, to follow their dreams and find beauty in all that surrounds them.

What listeners say about Yoko Ono

Illuminating to listen to a biography of an inspirational artist. A sadly overlooked talent for many years and now receiving some deserved recognition. A true human being and the World would be a better place if there where more like her. Also, Yoko and John's relationship is the greatest modern love story ever told and is on a certain level of energy that we should all aim for.

This is a short and absorbing bio of an incredible woman. Like a lot of people, I became familiar with Yoko through the Beatles. She was the bad guy who broke up the biggest band in the world. Or so the story went.

Yoko was and is, in fact, an innovative and exciting conceptual artist, musician, writer and comeback kid. The biography is short but hits the high marks, beginning with Yoko's privileged, yet emotionally cold, upbringing in Japan. The precocious child survived the bombing raids of World War II with an insatiable curiosity and desire to create that would lead her to write music, pen incredibly imaginative poems framed as questions or propositions and envision a new world through her art.

In New York, she ran in creative circles that included Andy Warhol and John Cage, and was an early member of Fluxus. Her films and performance art gained her critical acclaim, which fizzled as soon as she moved into the orbit of John Lennon.

The book sprints through her life with John Lennon, pre- and post-Beatles, but offers the story we've already heard with a more balanced viewpoint. They were a couple that redefined the marriage of equals and channeled their creative energies into projects audiences didn't always like but never found boring.

I was glad the authors continued the story past John's death. Because Yoko's career really took off in the 1990s and 2000s with new music, a couple hot remix albums (that are always on my iPod), retrospectives, a music tour, catchy videos and lots of other stuff. In fact, I wish they had more on this period, especially more on her music.

Though this bio isn't as good as Yoko's "Grapefruit," which is an incredible book, it's an enjoyable journey into the life of a multi-talented artist.

AUDIO ALERT: In the middle of the audiobook and again near the end, the audio went screwy. All of a sudden, I was listening to two voices speaking over each other. What was that all about? Thankfully it didn't go on for long but it was really annoying.