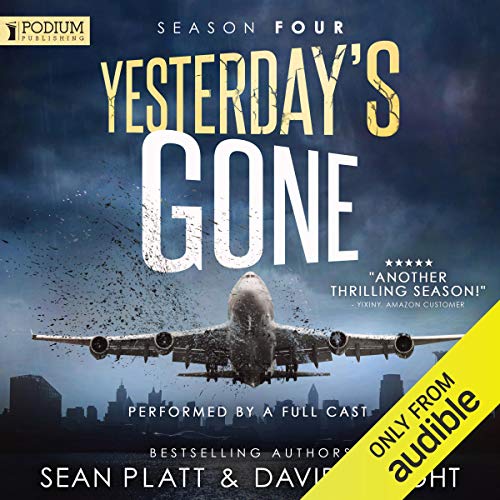 How do you live a normal life when you've been through hell?

More than a year has passed since The Event, and the survivors who returned home are trying to stitch their lives back together.

They think they are safe. But that is a lie.

The Darkness has followed them, and this time It's amassing an army of allies. While key officials at Black Island fight to keep the secret, the survivors' lives converge again. Confused by terrifying visions and unpredictable rampages, they seek help wherever they can find it.

A set of alien vials holds the key to their survival, and to the world's fate. Can the survivors find the vials before getting swallowed by The Darkness?

Warning: This book is intended for mature audiences and contains disturbing and potentially offensive material.

Too violent in parts

I quite liked the previous books, despite the ghastly language of Boricio. However, this one is also far too violent, with very little in the way of plot. I won't be continuing with this series.

loved every part,how it all comes together please make more books like this, thank you for a great listion.

I cant get enough of this series, which now going to S5 is still addictive. x

ever heard the term 'blow your socks off'

My socks were physically blown off of my feet after listening to this series. Utterly amazing.

a book that leaves it's inprint

defo leaves you worried that this could actually be true. slightly unsettling but nail biting action with twists and turns at the same time. This series just gets better and better and even so far in is still full of surprises

These writers must have the weirdest imagination! This story hits the ground running. Make sure your up to date with seasons 1-3. Can’t wait for season 5. Great stuff.

Have thoroughly enjoyed this serious. Can be verbally intense, but I love it!
been listening since first inception years ago. I have read many reviews prior to writing my own. so many people claim it was hard to follow or had more questions then answers (no sh*t). in my opinion the way the story flows is turbulent and laminar as the story progresses as most stories do. With the number of characters it's hard not to have things become 'confused', especially if you're not an overly avid listener or reader and don't connect to the particular characters.
If you enjoy sci-fi, horror, and mystery culminating into a melting pot of human satire then this is a book you can get your ears or eyes on and enjoy. if you like stories that hand feed you so your brain only has to translate what your reading then go find something else.
The series is for the die hard.
Boricio would call out the haters and remind them of their beer battered bull stuff. ;)

hope you give it a shot, I know I'm happy I did!

I was so sad to learn that this season had just been released and the rest aren’t available yet. HURRY UP!

This season didn’t start off grabbing me like the others. For the first couple chapters, as with another of the seasons, I was listening because, hey, I’m this far in. But, then it happened. It grabbed me and didn’t let go. Platt and Wright do it again, taking this season and making it something epic that has you done oiling for more by the end.

The narration is so well done. My favorite character is Bourisio (sp?). That said, the woman who voices Rose, arguably the closest person to B, does a terrible accent for him. She does great as Rose, but when you’ve had so many other narrators really capture that character, the voice of Rose comes in and makes him almost a separate character. It was severely distracting, like she didn’t even bother to listen to any of the previous series.

I felt like the series went off the rails with this one. Still enjoyed Boricio’s humor, but the story seemed darker and more ridiculous as it went on. A poo house, really? Also “It’s” voice was grating and something to suffer through.

Great Season - not my favorite tho

I would have to say if you somehow stopped off at season 3 that I would somehow review it before starting season 4 and things would make a lot more sense. Without giving away too much things are not as they should be and this is a good season but I'm hoping season 5 blows it out of the water.

Keeps the reader engaged and wanting more. Don't pass on this series (but start a the beginning...this is not one you can just jump in anywhere).

Didn't like the actress's, who plays Rose, rendition of Boricio...he's never had a New York accent! Otherwise, the performances were great and the story was engaging.

A bit disappointed after the first book

It's been a few weeks since I listened to this book but I can't really remember the plot... which says exactly how I feel it should be rated. I loved the first book and the narrators were excellent. I know I listened all the way through without a problem or boredom but it just didn't capture my attention like the first book did.

The performers are terrific. The story keeps getting better with every chapter/episode. This series keeps me on the edge of my seat!

loved it. it was too short. I just wanted More. this episode did not disappoint.