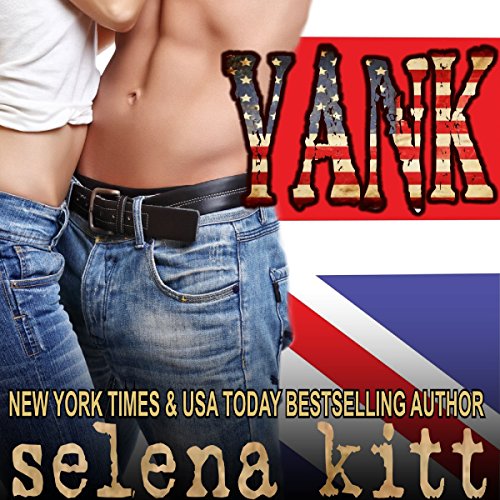 By: Selena Kitt
Narrated by: Kurt Crossan
Try for £0.00

Distracted David finds himself increasingly tempted by their seductive foreign exchange student, who makes it very clear what she wants. In spite of the Study Abroad program's strict policy against fraternizing, Dawn's teasing ways slowly break down the barrier between them until they both give in to their lust. But what are they going to do about the feelings that have developed between them in the meantime?

NOTE: This story appeared in another book titled Naughty Bits. Previously titled "Foreign Exchange," this is a slightly less naughty, but no less sexy re-telling - updated and redressed for your listening pleasure.

What listeners say about Yank

The performance was great! The story was four hours of straight erotica. I anticipated some story to go with it, so to have a sex scene as the entirety of every chapter was a bit of a surprise to me. I didn't hate it. I didn't love it. It was interesting and definitely hot though...just a bit too much for me. The music in between each chapter sort of removed me from "the mood" of the story, too.

A Yankee in the U.K.

Great story- expected a 3rd love. How 'bout a sequel. '10 words remaining' What does that mean? I have completed my review.

David is supposed to think of the new exchange student in the house as a "sister" but the feelings he has aren't very brotherly. And Dawn doesn't make it any better - she's a hot little temptress, determined to break David's will! The sexual tension in this is so palpable it makes you sweat! I loved this story. The ending felt a little rushed - and I'd like to see what happens to them - but all in all a great listen!