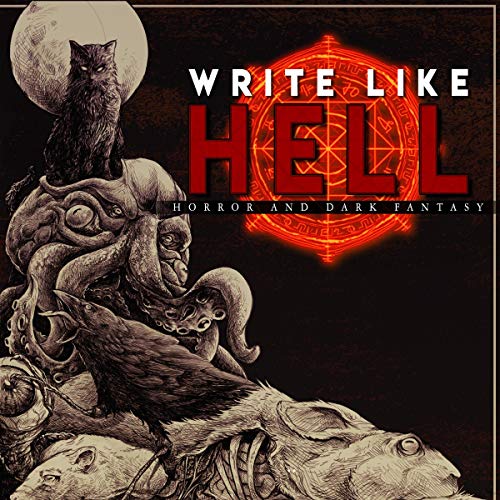 Write Like Hell is the first horror and dark fantasy anthology released by Sentinel Creatives. Adapted from the zine released under the same name, Write Like Hell features stories from Scott Miller, Justin Probyn, and Mitchell Luthi.

In this audiobook, you'll find a feast of fiction for you to sink your teeth into. This release see the debuts of not one but two authors. Scott Miller's "Panopticon" is as unsettling as it is well-crafted. Pessimistic horror at its finest, this is a must-listen for fans of Connolly and Ligotti. Justin Probyn's debut, "Void Born", blends gritty sci-fi, gore, and cosmic horror into one seamless festival of the obscene. Mitchell Luthi's "Dregmere" is a Gothic classic horror featuring a spooky castle, Eastern Europe, and a spooky butler.