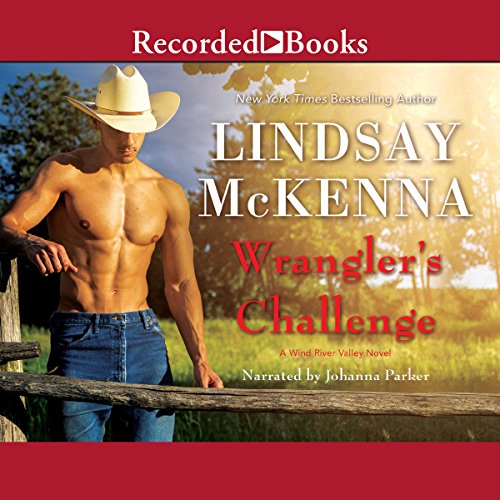 By: Lindsay McKenna
Narrated by: Johanna Parker
Try for £0.00

For Noah Mabry, it's easier sometimes to relate to the dogs and horses he trains than to other people. Ever since his marriage became a casualty of the war in Afghanistan - torn apart by the PTSD he brought back with him - he prefers to be on his own. At the Bar C Ranch, where he works with a crew of fellow military vets, his gentle patience helps tame even the rowdiest mustang - but he's about to meet a woman who needs a healing touch he's not sure he can give.

Dair Wilson, a half-Comanche ex-Marine who lost a foot to an IED, has been hired on to assist Noah, but her deepest wounds aren't visible. Growing up in an abusive home, she learned not to trust men, even ones who seem nothing but kind. After a wild horse sends her sprawling, the attentive care she receives from the Bar C family - and especially from Noah - is enough to convince her she's found a place she can finally breathe easy. But one angry, damaged man poses a threat not only to Dair and Noah, but to everyone who's built a new home at the Bar C.

What listeners say about Wrangler's Challenge

Absolutely could not listen to this book. Narration was mechanical and annoying. story line was good.

I normally like Lindsay's books but just couldn't get into this one! The narrator spoke in such a monotone that it bored me to sleep! I will see about getting the regular eBook and read this story myself!

Enjoying every book in this series. My heart goes out to every person who serves our wonderful country. Even though we are farmers/ranchers we stay apart of the military and have become close friends with them doing what ever we can for them
They too are a big part of our family...

Horrible narrator! Story was equivalent to a grade school crush at best.
Really a huge let down.
Refund please!

No emotion from narrator

The story was good. I just could not get interested in it due to the narrator. Her voice was more like a computer rather than a person telling a story with emotion. There were times I couldn't tell if the words were something the character was actually speaking, or something they were thinking, or just the narrator describing the scene. there was little fluctuation or emotion at moist times. Every now and then she would change her voice to sound like different characters, but not much. I won't be buying another audible book with this narrator. I would rather just read it myself on kindle.