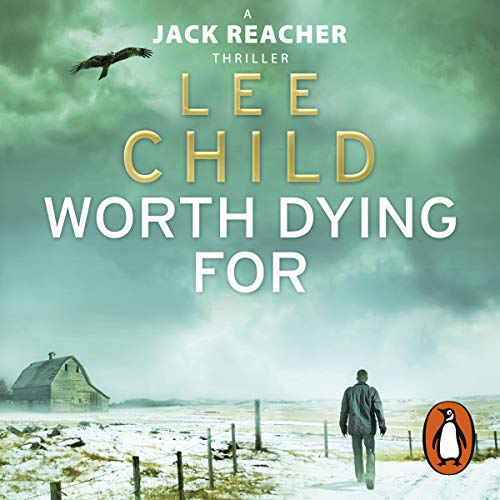 Has Jack Reacher finally met his match? 61 Hours ended with Reacher trapped in a desperate situation from which escape seemed impossible. Even for him. Was that really the end of the road for the maverick loner?

Apparently not. There’s deadly trouble in the corn country of Nebraska...and Jack Reacher walks right into it. First he falls foul of a local clan that has terrified an entire county into submission. But it’s the unsolved case of a missing child, already decades-old, that Reacher can’t let go.

I thought that 61 hours was good, but a bit light-on action. This book made up for that. Action almost from the start.

Similar to all his other Jack Reacher tales but nevertheless good and worth listening to.

I agree with Julie, this is a really good book, Jack is back! Yes, the ending was a little obvious, but still worth the lead towards it. I thoroughly recommend it to all Jack fans.

Well written as ever and narration superb. The story didn't live up to usual Reacher standards for me though, felt like I was listening to a story I have already heard and the ending was a predictable formality. I know they all take the general same path and what you see is what you get with Reacher but I feel some freshening up is required, he needs a real epic story next time - more gripping at the least. And Mr Child, if you are reading this, please get our Jack some female action, it's been 2 stories now - the woman in Virginia better be worth it!

This is an excelent reacher book for all fans. It is good to have jack back to his good old self with plenty of action. 5 *

A quick easy listen jack story. A good travel filler. Not as long as some of the other ones

lee childs gerat as ever

another great jack reacher novel but cant help feeling that so much is missing with abridged version, kerry shale is fantastic as reacher but wait for full un abridged version