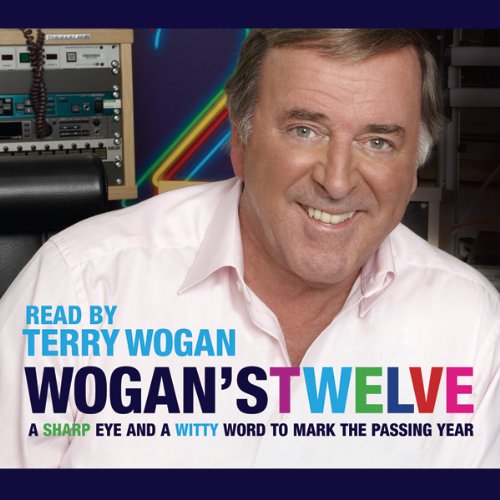 Sir Terry Wogan is one of the most popular entertainers in Britain today. But what must it be like to live the life of Sir Terry Wogan? From radio to TV, from host at a charity event to experiencing the thrills of a Eurovision Song Contest, from presenting awards to receiving awards, from standing naked at his kitchen sink eating a quick mango for breakfast before waking up the nation to sitting in the garden of his beautiful chateau in France with a delicious glass of Bordeaux and huge pile of novels by his side. There is no denying the fact that Sir Terry Wogan does more in one year than most people do in a lifetime.

Wogan's Twelve puts you in the passenger seat with Sir Terry as he journeys through another helter-skelter year. With diary entries and photographs of the months and seasons, this is a wonderfully witty, off-the-wall account of his experiences, from the fans and celebrities he meets to the places he visits, from the highlights of his radio show to the lunacies of our modern world.

Perceptive and insightful, and with Sir Terry's distinctive warm and wise narrative, this book is a must-have for his millions of fans.

What listeners say about Wogan's Twelve

brilliant enjoyed every second of it. Just great to hear the big mans voice again