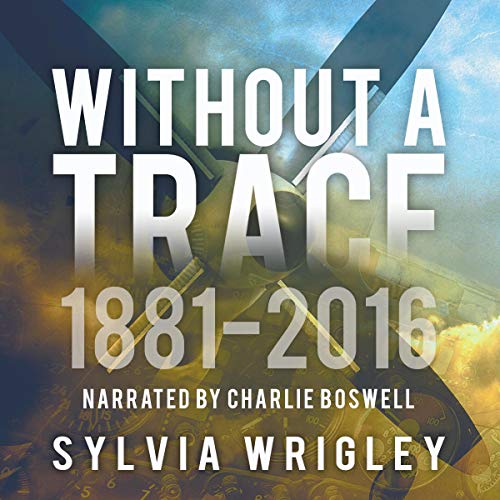 By: Sylvia Wrigley
Narrated by: Charlie Boswell
Try for £0.00

For many, aviation still brings with it an air of mystery...a century-long magic trick. Though most of us will board an aircraft at some point in our lives, we know little about how they work and the procedures surrounding their operation. It is that mystery that makes these losses, such as the vanishing of Malaysia Airlines flight 370, so terrifying.

Sylvia Wrigley introduces the crews, innocent bystanders, and rescuers in this collection of true stories. Documenting the popular theories from each case, she uses her knowledge and experience as a pilot and an aviation journalist to demystify aviation jargon and narrow down each disappearance to the most likely explanations.

This collection spans 150 years and explores the human failings of great aviators, explorers, and celebrities who have pushed the limits of flight and ended up at the heart of a mystery. The stories encompass airships, military jets, and commercial airlines - all of which have vanished without a trace.

Two books for the price of one.

This is really two books spliced together to make one longer book. So in that sense it is a bargain. The two books that comprise this book each got decent reviews. This two-for-one book however has gotten few reviews on Audible, and so far the reviews have been unfairly critical I think. This is pretty decent book, especially if you are interested in the subject matter.

I also listened to a couple of the author's other books about plane crashes (not so mysterious). I felt that this book about disappearances was more accessible to the lay reader, though it is at times rather technical. It seemed like the writer tried harder to explain unfamiliar jargon and bring the average reader into the world of aviation. The mysterious nature of these stories makes them more interesting and intriguing. However, none of them is really resolved, so in that sense they are not as satisfying as plane crash stories where investigators successfully piece together what went wrong.

The narrator does a pretty good job with a book that has a fair amount of aviation jargon.