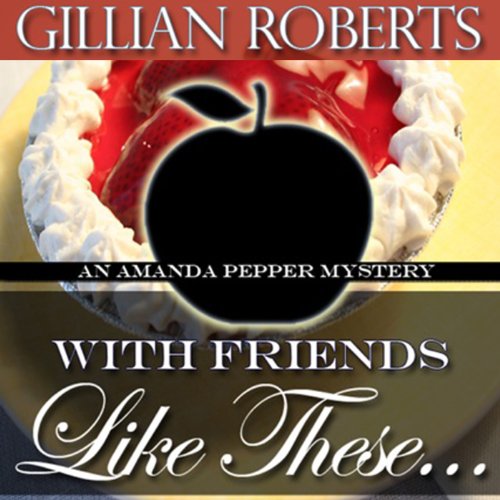 By: Gillian Roberts
Narrated by: Susan Denaker
Try for £0.00

By the Anthony Award-winning author of I'd Rather Be in Philadelphia, another Amanda Pepper mystery.

Well-known Broadway playwright and TV producer Lyle Zacharias is throwing himself a lavish birthday party in his hometown of Philadelphia. Guests include his current wife, ex-wives, friends, former partners - not to mention Amanda Pepper and her own irrepressible mother, Bea. Yet when Lyle drops dead in the middle of a speech, it appears the likely perpetrator is none other than Bea, whose gift was 50 delicious, but apparently poisoned, tarts!

It's up to Amanda to clear her mother's name and find the real murderer...before he or she strikes again! But Amanda herself may be the next target! Who says teaching isn't exciting? With any more excitement, Amanda will have to retire before she hits thirty-one...if she lives that long!

This series gets better and better.

Hilarious and well written. I love this series so much.
I particularly enjoyed the larger role Mandy’s mom had in this book.