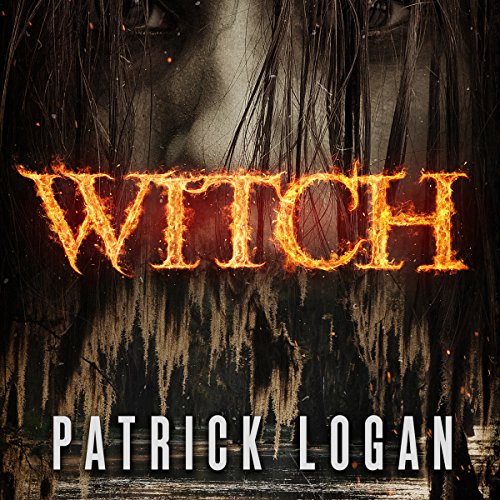 No food, no money, no way to make a living...how far would you go to make sure that you and your daughter are fed?

After her husband's death, Anne LaForet is alone to raise her young daughter in an area of the swamp that is too foul to grow anything. Anne is no criminal, but circumstances force her to resort to theft. When an encounter threatens to put her away for her crimes, Anne accidentally discovers that she also has another skill, one that helps women who can't conceive become pregnant. As word of her talent spreads beyond the confines of the swamp, she receives visitor after visitor, fulfilling their dreams while at the same time finally getting the food and money she needs to raise her own child.

One visitor in particular promises not only the financial freedom that Anne so desperately seeks, but also a way out...the means to leave the swamp forever. But in her haste, Anne forgets about the three things that the people of the swamp hate most of all: single mothers, thieves, and witches. Anne already has two strikes against her, and it's only a matter of time before she is accused of all three.

And so begins the legend of Anne LaForet, of mater est, matrem omnium, a tightly woven tale of horror and suspense that spans four centuries.

Witch is a 30,000 word prequel novella to the best-selling Family Values Trilogy that explores the depths of human suffering and how desperation shapes not only who we are, but what we do. And how, through it all, family is the most important thing both on this Earth and beneath it.

What listeners say about Witch

It never ends well when these things happen

I really hope that the rest of this series will be available on Audible because I want to know just what happens from these events. I liked the story though it was sad at times. Michael Pauley did a pretty good job with the narration, so I have no complaints.
Funny things about strong emotions, they can take on a life of their own in very bad ways. I really want to know how they play out.

Not my usual cup of tea, but his is a pretty damn good book. I only stumbled upon this because the narrator is one of my favorites. Glad I did. Moving on to the second in the series. The author should put the rest of the series out on Audible! Highly recommend!

Book was ok. I read Mother 1st, which I loved, this prequel is well written, however, too short. Could have included a lot more detail into the characters and the story. Of course I'll be reading Father book 2 IF I can get it on Audible. So far, I can't find it in Audible form.

This is a short listen and sets the foundation for the Family Value series. I just completed Mother and though Witch is not required first, I thought it lent an extra layer to the story.

A deviation from Logan's usual style

I love Patrick Logan's work and hate to leave anything less than glowing review. This is the first book in a series and hope that the future books will be up to his usual standard. I often prefer stories with flawed characters since they tend to be the most interesting. That being said, the main character in this story serves to be a professional victim and I had little investment in her. Bad circumstances aside, she consistently made poor decisions with disastrous results. I found it difficult to feel sorry for her, especially since her lack of action affected someone in her care. Violence doesn't bother me as long as it serves a purpose, however many of the situations depicted in this book seemed gratuitous. There is a fine line between horror and rape/torture porn and this story felt heavy on the shock value. My guess is that the point of brutality overkill was to set up for some sort of revenge scenario in the following books, however it just left me feeling fatigued and uninterested by the end of the story.