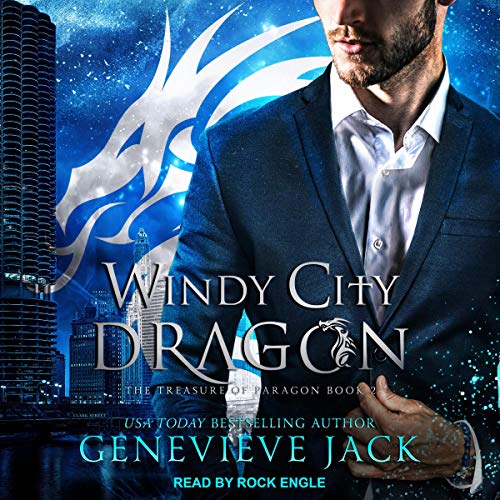 By: Genevieve Jack
Narrated by: Rock Engle
Try for £0.00

A dragon prince. A vampire heiress. A kiss that could bring Chicago to its knees.

For decades he's posed as a human...

It's been a long time since Tobias spread his wings. The exiled dragon prince has worked hard to blend into the human world and practice his love for healing as a pediatric cardiologist.

She awakens the dragon within...

As a vampire-human hybrid, Sabrina is used to being different from the rest of her community. But all vampires need to feed. The night she chooses Tobias as her next meal, everything changes. He's far more than he seems, and if she doesn't protect his secret, it could cost him his life.

Can love remind him of who he truly is?

One kiss thrusts Tobias into the dark underground world of Chicago's vampires, where his dragon nature is his only hope of protecting Sabrina. But Sabrina knows the only way to keep him safe is to push him away.

This man had one voice ad used it for everyone. I was constantly confused as to who was supposed to be talking.

And having her in this book so much just ruined it. From the first moment she appears she's a complete fucking idiot. Then while the heroines bleeding out she's conversing about a store and how cozy it is while she's supposed to be researching how to save her. Then proceeds to have multiple conversations. She's. Just. So. Stupid.

Narrator still sounds like an elderly man when doing a female voice. In particular when they cry.

I hate this heroine. She's completely selfish and a shitty partner. She is extremely self centered and irrational. Raven saved her life and she actually considered telling her coven something that would bring her death. She freaks out on the hero for just existing in her city screaming at him nonstop to "lay low" like he should just not live a life because her families shitty and she's an idiot coward.

The story has so much contradictions I don't even know where to begin.

Sabrina: throws out the most obvious suggestions ever. The rest of them: Act like she's a genius.

The author worked in every single pregnancy stereotype in literally less than one days time. It just so juvenile.

For the life of me I have no idea why I gave this one a chance after the first.