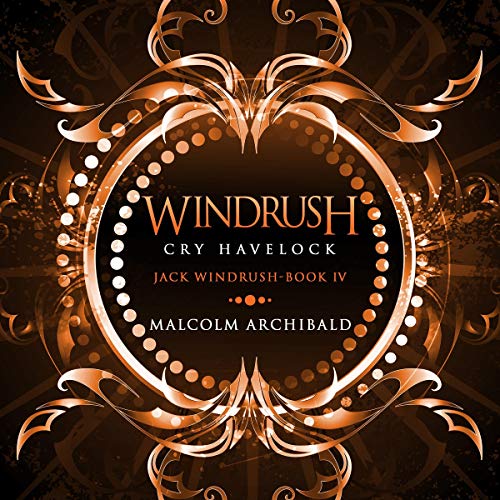 By: Malcolm Archibald
Narrated by: Graham Mack
Try for £0.00

Captain Jack Windrush and the the infamous 113th Foot are assigned to India, just before the Indian Mutiny breaks out.

Returning from a five-day march with his company, Jack finds that the sepoys have rebelled and massacred their officers, and most of the other company of the 113th. Gathering together a number of survivors, Jack and his company fight their way out of the cantonment and escape.

After Jack learns that the British are besieged by a large rebel army, he takes his men to Allahabad to relieve Cawnpore, and meet with General Havelock. He proves to be a capable commander, but lacks manpower.

As the war rages around them, Jack faces new challenges - both military and personal.

This is the first book I have read/listened to by this author. This being the fourth book, I did not have issues getting into it since it is based on a different year in history. There is not a lot of historical detail, but enough to get a general feel of the time. This book has a degree of conclusion, but there is a part unresolved that is the lead into the next book.

This is the first book I have listened to by this narrator ( Graham Mack ). The female voices are subtle but well done. There is not much difference berween the male character voices, they all pretty much sound the same. Despite this, it is not hard to follow the story. His reading style is good, the parts with altercations are not over exaggerated. His pacing is comfortable and diction clear so I was able to increase the listening speed without issue.

There are no explicit sex scenes, excessive violence. There is swearing and racial slurs.