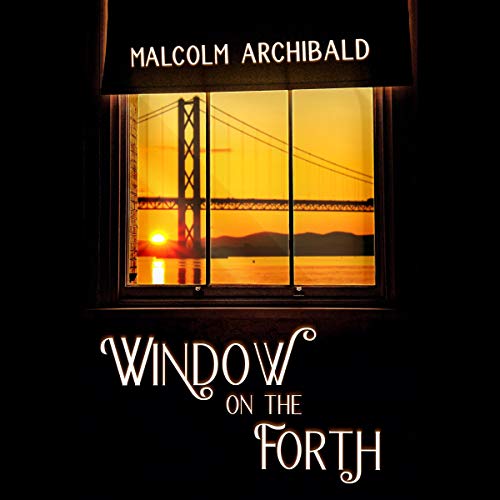 Window on the Forth

By: Malcolm Archibald
Narrated by: Thomas Durham
Try for £0.00

This thematic audiobook introduces the history of the Firth of Forth, the gateway to the east of Scotland and Edinburgh, Scotland’s capital city.

Sections cover the glory days of Sir Andrew Wood and Great Michael, the "greatest ship afloat" as well as the day that shipwrecked Spaniards from the Armada called at Anstruther. There is a section on the doomed emigrant ships that carried optimistic Scots to tragedy in the New World and on invasion fleets that hovered off the coast. The fighting Leith smacks are mentioned, together with the German air force’s first attack on Great Britain - and their first losses as the Spitfires of 602, City of Glasgow and 603, City of Edinburgh squadron met them head on. There are whaling ships and fishing boats, great tea clippers with a Forth connection and the Leith built Sirius that was the first ship to cross the Atlantic under steam power alone.

The historical background to each of the Forth islands is covered, with tales of shipwreck and holy men, pirates and lighthouses, plague victims, grim prisons and a Jacobite fortress that held out against the Scottish Navy. The part played by Inchkeith in the Normandy landings, and the batteries that defended the Forth are mentioned, as well as the Battle of May Island and the German U-boats that infested the rugged seas. The Forth skies saw early hot air balloons and the airship that was first to cross the Atlantic, flying from Drem in Midlothian.

The characters are not neglected, with Alexander Selkirk, the original Robinson Crusoe and Samuel Greig, "father of the Russian Navy" featured; neither is John Paul Jones the Scottish born American seaman, and Reverend Shirra, his Kirkcaldy nemesis. The legendary ferry William Muir is also given her well-deserved slot in history.

Finally, there are the bridges - three of them now - each one a work of art and testimony to the skill of a different generation of engineers. The Forth Bridge, built by the Briggers, many of whom lost their lives; the Forth Road Bridge with its elegant span, and the new Queensferry Bridge, due to open in 2017; a triple thrust across the Forth that was once known as the Scottish Sea.

What listeners say about Window on the Forth

This is a real gem for anyone interested in Scottish history or who has lived on the shores of the Forth. Many interesting small anecdotes really bring it alive. Highly recommended.