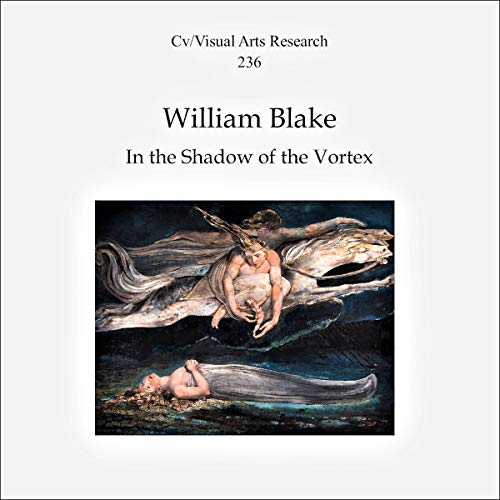 William Blake: In the Shadow of the Vortex

By: N.P. James
Narrated by: Christopher Selbie
Try for £0.00

Review of the exhibition of visionary artist William Blake at Tate Britain, September 2019.

The exhibition is arranged in eight rooms of the downstairs gallery spaces of Tate Britain, low-lit, maroon-painted walls, a very comprehensive collection of a highly original and complex visionary creator.

Blake’s parents ran a successful hosiery and haberdashery shop in Broad Street Soho, in a local inhabited by well-to-do middle classes; bankers, fashionistas, gentry. Born in 1757, Blake felt his calling was to art from childhood, and he was encouraged by his parents purchase of colours, paints and casts, and support for his studies at the Royal Academy.

His early studies, carefully completed works from the figure show a degree of competence and conscientious determination. It is precisely here that the original vision is inseminated: the pale grisaille ink and watercolour conceptions plant classical statuesque models into a supernatural arena of unfettered imagination. The canon of Western art, of Titian, Veronese, Michelangelo, Raphael, are absorbed by Blake but regurgitated as something quite alien and spectral, subject to a passionate and individual sensibility.

What listeners say about William Blake: In the Shadow of the Vortex