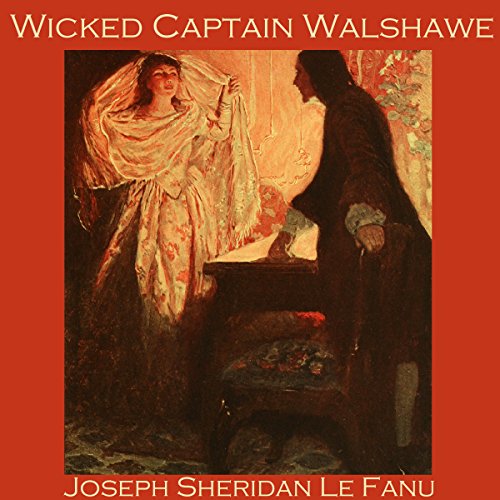 Joseph Thomas Sheridan Le Fanu (1814-1873) was an Irish writer of Gothic tales and mystery novels. He was the leading ghost-story writer of the 19th century and was central to the development of the genre in the Victorian era.

'Wicked Captain Walshawe' is a disquieting ghost story. Captain Walshawe, a dissolute rake, marries a wealthy heiress as a means to pay off his gambling debts. The marriage is an unhappy one on account if his dreadful behaviour. When his wife dies, her old Irish servant casts a curse on Walshawe...which years later leads to a bizarre and totally inexplicable scene after the captain's own death.