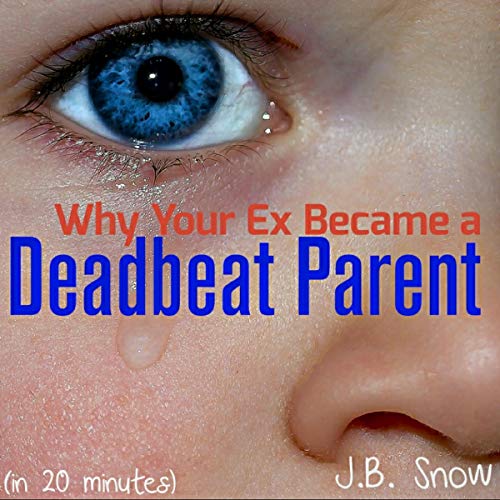 Why Your Ex Became a Deadbeat Parent (In 20 Minutes)

Most parents don’t start out or aspire to be deadbeat parents…not really. They might be jerks or psychopaths or sociopaths or narcissists or curmudgeons or psychotic or unstable or unfit or insane or ill or unhappy or ill-tempered or emotional or delusional or unrealistic. They become deadbeat parents for a myriad of reasons that we will explore in this book. Some of the reasons you may have known about, but other reasons might be a surprise to you. These reasons are straight from the mouths of deadbeat parents all over the world who have been there and lost contact with their kids.

If you are still in the midst of a high conflict divorce or custody battle with a narcissist, you need to read J. B. Snow’s divorce court series. In the other books, we show you how to be likable in court so that you can gain a better edge in the battle against the narcissist. We show you how to negotiate and work with attorneys. We show you how to game the system and survive the battle emotionally so that you won’t fall into a ball of dribbling misery while you are navigating the contentious divorce and custody environment that your ex has created.