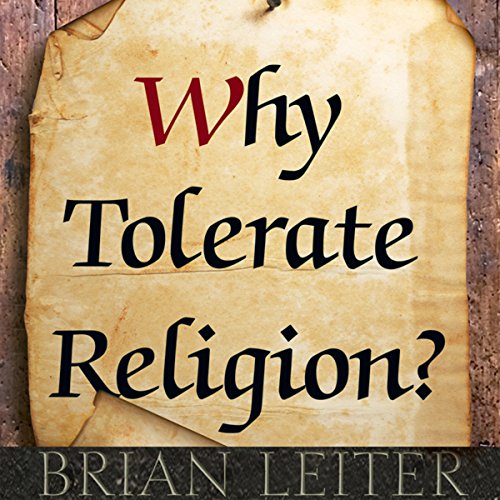 This provocative audiobook addresses one of the most enduring puzzles in political philosophy and constitutional theory - why is religion singled out for preferential treatment in both law and public discourse? Why, for example, can a religious soup kitchen get an exemption from zoning laws in order to expand its facilities to better serve the needy, while a secular soup kitchen with the same goal cannot? Why is a Sikh boy permitted to wear his ceremonial dagger to school while any other boy could be expelled for packing a knife? Why are religious obligations that conflict with the law accorded special toleration while other obligations of conscience are not?

In Why Tolerate Religion?, Brian Leiter argues that the reasons have nothing to do with religion, and that Western democracies are wrong to single out religious liberty for special legal protections. He offers new insights into what makes a claim of conscience distinctively "religious", and draws on a wealth of examples from America, Europe, and elsewhere to highlight the important issues at stake. With philosophical acuity, legal insight, and wry humor, Leiter shows why our reasons for tolerating religion are not specific to religion but apply to all claims of conscience, and why a government committed to liberty of conscience is not required by the principle of toleration to grant exemptions to laws that promote the general welfare.