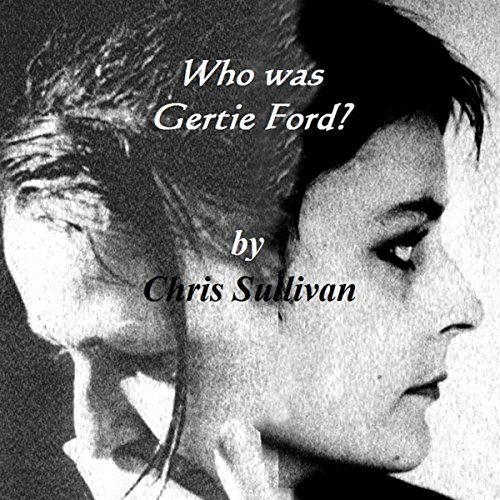 Who Was Gertie Ford?

In 1966, just two weeks after the IRA blew up Nelson's Pillar in O'Connell Street, Dublin, Eddie McGrath is knocked down and killed by the airport bus near the spot where the Pillar used to stand. His death turns his 17-year-old daughter, Nuala, into an orphan. She never knew her mother, Gertie, at all, and when she looked into her father's things she found items of her mother that deeply disturbed her. The tale of Gertie Ford will take the listener to the west coast of Ireland, in search of Gertie, to a world of adventure, heartbreak and tragedy set in the mid forties and 1966 in Dublin, Sligo, and Donegal.

In Sligo, Nuala stays with a family of brothers under the pretence that she is going to marry one of them; in Donegal, Gertie is introduced to poteen smuggling; and in Dublin, the listener is given a glimpse of the infamous Magdalene Laundries/Asylums. There will be heartbreak, rape, and incest, but it is very minimal as there is a lot of comedy, both in situations and dialogue, and the question as to what Gertie was doing in Dublin on that first day of spring will be answered.

What listeners say about Who Was Gertie Ford?

Would you listen to Who Was Gertie Ford? again? Why?

Yes - It is about a young Irish girl who is searching for the truth about the mother she never knew. It is about triumph over adversity with something for everyone. Cleverly written by an outstanding author who keeps you guessing right until the end.

Gertie - because although her life was hard she treated each setback as a challenge and never gave up looking for love and happiness.

I don't have one - they were all equally entertaining.

If you could rename Who Was Gertie Ford?, what would you call it?

The title is perfect - I wouldn't change it.

If you are looking for a novel that holds you captivated from start to finish, then this is the one for you. I highly recommend it.