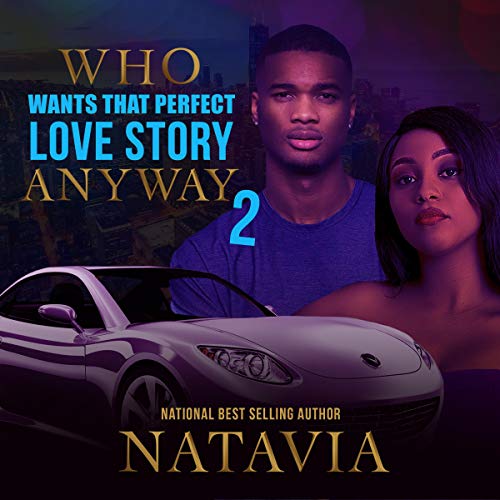 By: Natavia Stewart
Narrated by: Dylan Ford,Georgie Kimble
Try for £0.00

Cam and Royal are on the ins and outs. Royal is fed up with Koran and Camren’s games. Is he willing to throw in the towel? Will Camren figure out who she wants before it's too late?

Jamie and Ashaun were getting on the right track until they were startled with news that put pressure on their marriage. Ashaun is tired of being married, and Jamie wants nothing more than to run into Kejuan’s arms. But Kejuan is already in a relationship. Would he be willing to leave his girlfriend to rekindle what he and Jamie once had?

Corey’s with Myla, but he’s still in love with Tee-Tee, who has a terrible past that no one knows about. Will she seek help, or would that push her closer to the edge? She’s tired of begging Corey for forgiveness for sleeping with Ashaun. Will he forgive her before it’s too late? Myla’s not willing to give him up - she’ll do anything to keep him and Tee-Tee apart. When tragedy strikes, it changes everything.

New relationships blossom, relationships and friendships are tested, and in the end, all they all have is love to hold on to. Can it conquer all?

I have never laughed so hard from an audiobook in my life. All 3 were worth it

Part 2 was even better

I truly enjoyed this book. My favorite character is Corey and TeeTee. They are to much. There fight have me cracking up. There characters remind me of another book with Blaze. I love Blaze in a different book. This book has a lot drama, but very good. I am looking forward to book three. 😍🍷💞💕