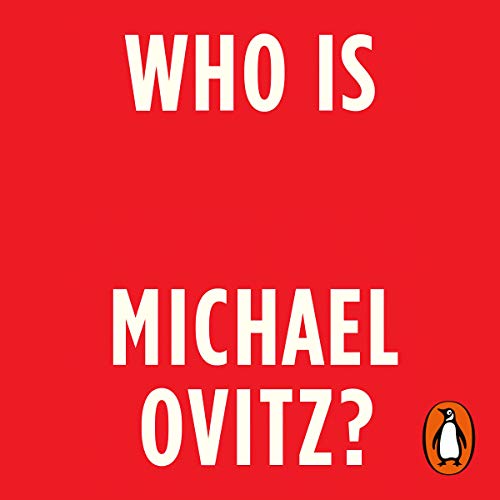 Who Is Michael Ovitz?

By: Michael Ovitz
Narrated by: Dennis Boutsikaris
Try for £0.00

Random House presents the audiobook edition of Who Is Michael Ovitz? by Michael Ovits, read by Dennis Boutsikaris.

If you're going to listen to one audiobook about Hollywood, this is the one.

As co-founder of Creative Artists Agency (CAA), Michael Ovitz earned a reputation for ruthless negotiation, brilliant strategy and fierce loyalty to his clients. He reinvented the role of the agent and helped shape the careers of hundreds of A-list stars and directors, including Steven Spielberg, Martin Scorsese, Meryl Streep, Sean Connery, Steven Seagal, Bill Murray, Robin Williams and David Letterman.

But this personal history is much more than celebrity friendships and bare-knuckled deal-making. It's an underdog's story: how did a kid with no connections work his way into the William Morris mailroom, and become the most powerful person in Hollywood? How did a superagent also become a power in producing, advertising, mergers & acquisitions and modern art? And what were the personal consequences of all those deals?

After decades of near-silence in the face of intense controversy, Michael Ovitz is finally telling his whole story in this blistering, unforgettable memoir.

What listeners say about Who Is Michael Ovitz?

while controversial, Michael Ovitz is an extremely smart and driven individual.
many valuable insights.
highly recommended.

Good book, its for people who like to listen to peoples stories (especially those who rose to the top of their industries and what it took to get there). Take what lessons you can. The rest you'll learn along the way

this was my first audio book and i loved it. well written well spoken with a great narrative I listened to it in 2 days... best book on insider hollywood I've read in years. highly recommend

Book about a very talented person.

I surprisingly liked this book a lot. Michael Ovtiz is indeed had a successful and curious life. Hopefully i will learn a lot in terms of hard work and people skills.
Dennis Boutsikaris narration was excellent.

Candid profile of an inspiring character

Ovitz profiles his career and personal life in detail. He is willing to go beyond most biographies in both his teachings and in detailing his learnings.

Any entrepreneur can learn from his masterful sales skills, approach to gifting, or character development.

Aside from the learnings it is a fantastic read about the golden era of content creation, with a guy who was instrumental in it.

A fascinating insight into agency life.

I have been a theatrical agent only for a few years in my early 20's. I felt the emotional toll Michael was putting on himself I was jealous and wished I had his genius. really interesting view into the top of this profession.

Very interesting with plenty famous names mentioned.
It's all a big game in Hollywood and Michael was a master when he was at the top. He is eventually self deprecating and admits he could have worked twenty per cent less for similar rewards and spent more time with his family.

A must read business book

Insightful, entertaining and filled with business lessons. There's tonnes to learn from the life of Micheal Ovitz.

Couldn't stop listening. Interesting for people who like to know how the mind of a go getter works.

Interesting to the last minute

One expects it when you start reading the book so it shouldn’t come as a surprise but does...the shear volume of name-dropping can overwhelm but it is a very interesting read from a phenomenally charismatic man. I’d recommend reading it as there are more than a few lessons to be learnt.

I loved this book. Beautifully narrated with a spectacular story about going from nothing to top of the entertainment industry and then some...