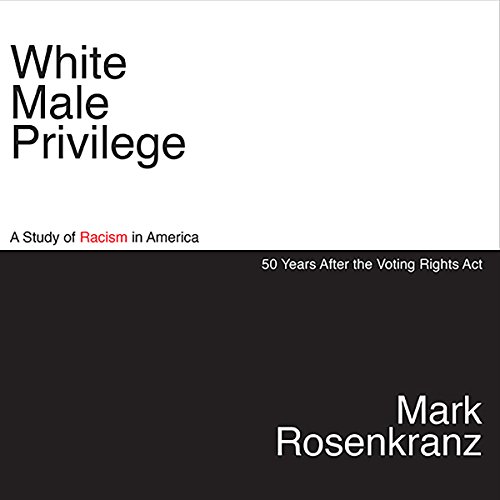 By: Mark Rosenkranz
Narrated by: Michael Edwin
Try for £0.00

Discrimination and racism has existed in America since the very early days of colonization. In the Declaration of Independence, our founding fathers declared "We hold these truths to be self-evident, that all men are created equal." And yet, it would be another 189 years before Americans would be equal by law. It has been suggested that with the passage of the Voting Rights Act of 1965, America had finally overcame its ugly past of racism and discrimination.

As we entered into the new millennium, the author wondered if America had really set aside its biases and discriminatory practices. The author interviewed eight people as he developed the foundations for this book. One of the people he was honored to interview was Brian Swann, the brother of famous footballer Lynn Swann. Brian shared his story of a racially motivated encounter that he and his brother's had experienced in the 1970's in San Francisco, California, at the hands of the San Francisco Police Department.

Each of the eight people interviewed for this book brought with them a different experience and viewpoint as it relates to discrimination and racism in America, and more specifically, white male privilege in America. The author brought these eight individual viewpoints together, and told their story as they relate to American history, from the early days of colonization through the present day.

It took the author 8 years to write that? I wish I could get that hour and a half back. Along with my one credit.
The narrator sounded like the young rabbi from Seinfeld.

Reflections and Self Awareness

I think Mark Rosenkranz for this book. I will read it several more times. As a black female who came of age in the civil rights movement and was raised in a middle class family with whatever 'privileges' me parents and community could offer at the time, I never felt a ceiling or exclusion from the larger community where whites surely had privileges but our family and close friends in the professions, business and with historical legacies had 'black privilege' going for us. When I entered the social services and later the criminal justice systems my eyes were opened to the ugliness that oppression and denial of rights, education and employment had produced. Until I was 23, I had no idea of what poverty was like, not even where the poor in my our hometown lived. Poor blacks and poor whites were off my radar, not in my travel oath except the young boys and men from the 'project' who worked summers for us. They didn't seem poor just struggling to make some money to get the basic things needed for the upcoming school year. Our privilege was to hire them and encourage them to stay in school and work to make their dreams come true. Most made it out of the conditions their parents afforded them to better lives. I'd love to interview some of them about their experiences as black men in America and their encounters with racism and white privilege. Again, Mark R - thank you for this work that everyone black, white and other in America needs to read.

The truth if you dare

Truth in a world of comfortable and institutionalized misperceptions of race relations in America. This book offers insight into the known and unknown realities of our history, thus giving an opportunity to change to it.