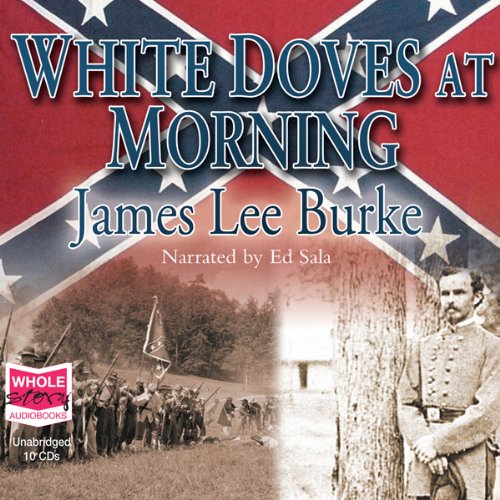 Set mainly in Louisiana during the years 1861-1868, this passionate novel of me, woman and war tells the story of the author's ancestor's, Confederate soldier Willie Burke, during the American Civil War. A classic Burke hero, Willie is soon in conflict with his superiors. The characters who people these pages, many of them based on real historical figures, are as memorable as any Burke has created. Mulatto, Flower Jamison, victim of terrible abuse who is determined to better herself; Abigail Dowling, whose Unionist sympathies put her in constant danger and Colonel Ira Jamison, rotten to his core yet who would rise from a cesspit smelling of roses.

What listeners say about White Doves at Morning