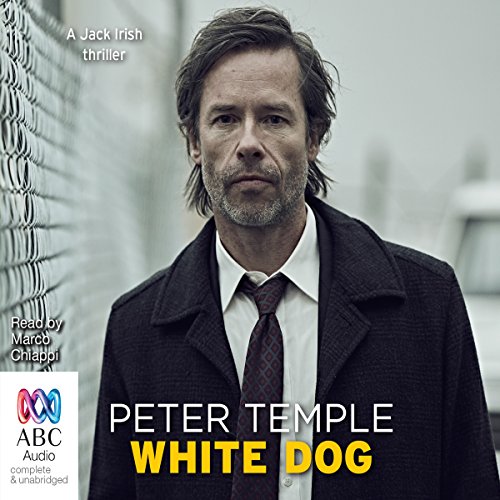 By: Peter Temple
Narrated by: Marco Chiappi
Try for £0.00

From the award-winning author of The Broken Shore.

Mickey Franklin was funny and clever and dangerous. Not anymore, now that a mysterious and beautiful sculptor named Sarah Longmore is accused of shooting him five times. Jack Irish - gambler, cook and cabinetmaker, finder of people who don't want to be found - gets the job of hunting for clues that might save her.

In a rainy autumn, with Jack's old flame, Linda Hillier, on a plane to London, the Saints about to front another season and legendary jockey Harry Strang in pursuit of a dark horse, it's a tricky task. By the time Jack pieces together the strange events that led to Mickey's death, he's in a world of shady deals and sexual secrets and untimely death.

What listeners say about White Dog