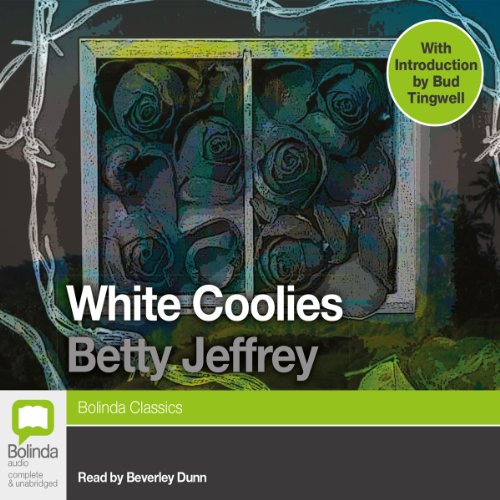 A harrowing but ultimately inspiring account of Australian Army nurses attacked and imprisoned by the Japanese during World War II. In her dignified and matter-of-fact-voice, Australian actress Beverley Dunn reads a secret diary kept by one of the nurses, Betty Jeffrey, written while imprisoned in the Sumatran jungle. Jeffrey's account of tortures, starvation, murder, and humiliation is hard to hear, although it’s brightened by the courage and perseverance of these brave women, and their determination to find humor and even joy in the bleakest of times.

It is October 1942. From the doorway of this small three-roomed cottage, which houses 32 of us, we look out beyond to a steaming jungle in Sumatra. In 1942 a group of 65 Australian Army nursing sisters was evacuated from Malaya a few days before the fall of Singapore. Two days later their ship was bombed and sunk by the Japanese. Of the 53 survivors who scrambled ashore, 21 were murdered and the remaining 32 taken prisoner.

White Coolies is the engrossing record kept by one of the sisters, Betty Jeffrey, during the more than three gruelling years of imprisonment that followed. It is an amazing story of survival and deprivation and the harshest of conditions. An account of the true story which inspired the film Paradise Road starring Glenn Close.

What listeners say about White Coolies

Uninteresting and boring. Could not get through it.