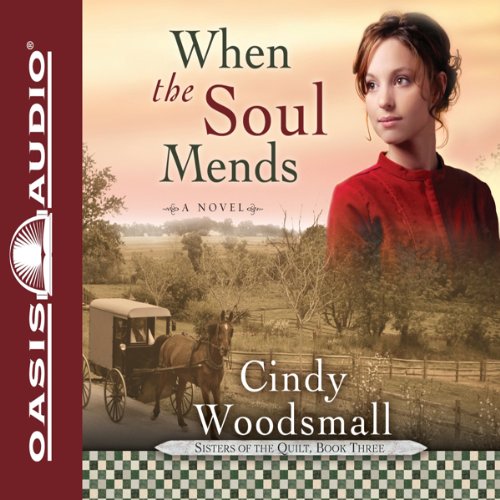 When the Soul Mends

By: Cindy Woodsmall
Narrated by: Jill Shellabarger
Try for £0.00

After receiving a desperate and confusing call from her sister, Hannah Lapp reluctantly returns to the Old Order Amish community of her Pennsylvania childhood. Having fled in disgrace more than two years earlier, she finally has settled into a satisfying role in the Englischer world. She also has found love and a new family with the wealthy Martin Palmer and the children she is helping him raise. But almost immediately after her arrival in Owl's Perch, the disapproval of those who ostracized her, including her headstrong father, reopens old wounds.

As Hannah is thrown together with former fiance Paul Waddell to work for her sister Sarah's mental health, hidden truths surface about events during Hannah's absence, and she faces an agonizing decision. Will she choose the Englischer world and the man who restored her hope, or will she heed the call to return to the Plain Life - and perhaps to her first love?

What listeners say about When the Soul Mends

wonderful series! all 3 books with realistic characters .. sweeps you along ... well worth listening to!

The story is great. Mix in a great narrator and it becomes a movie in your head. Loved it!

Wow, just blew right through the 3rd anf final book of the trilogy. I really, really enjoyed this series. This one ranked right up there with the first one. Even thugh set in Amish country and with a good portion about the Amish, it's more a story of human nature, right versus wrong. I'm sorry to have the story of Hannah and Paul end. I guess I'm going to have to give the author another try at some point and see if she can match the magic of the Sisters of the Quilt:)

that's the best way to say how good these books are. it draws you in and let's you thinking what you might think.

this trilogy will make you want to read it time and time again,l have it on my phone, CD, and book

Wonderful conclusion to the three part series by Ms. Woodsmall. I have listened to all three. Couldn't recommend this series highly enough. She is my favorite Amish author.

I enjoyed the hardcopy books because the author is very talented; however, the audio version of the series brings the characters to life and they remind me of stressful real people whom I have encountered over the years. Hannah caused just as much hurt to Martin and his children as her family caused her. Paul Waddell was also a disappointment.