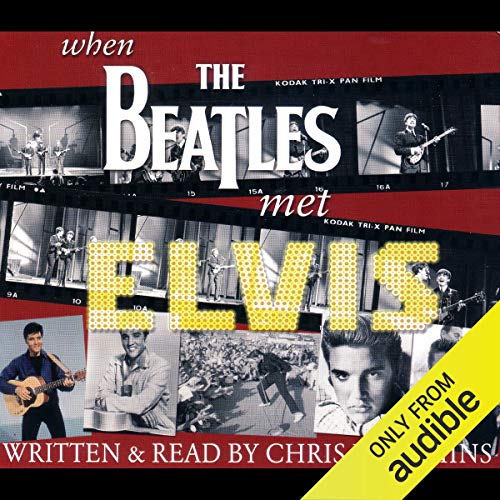 When the Beatles Met Elvis

When the Beatles Met Elvis

No one laughed more loudly than the King himself when the Beatles' manager, Brian Epstein, boasted, 'My boys are going to be bigger than Elvis Presley'.

It was the early '60s, and Presley, a living legend, appeared unassailable. Yet, in 1964, John, Paul, George and Ringo suddenly topped the American charts - and Beatlemania rolled the King in the greatest rock coup of all time.

Chris Hutchins, then a music journalist in his early 20s, was at the eye of the hurricane as the Beatles swept all before them. No other writer grew as close to the Fab Four from Liverpool as they conquered the world. As America turned on to the Beatles in a big way during their 1965 tour, Chris Hutchins used his extensive network of connections to mastermind the greatest rock summit meeting ever: a one-and-only rendezvous between the King and the pretenders who were seizing his throne.

With coauthor Peter Thompson, Hutchins draws on his own exclusive sources and unpublished personal archives as well as FBI files and explosive dossiers from the district attorney's investigators in Memphis to probe into the greatest rock story never told - one in which the lives of Elvis Presley and the Beatles became dramatically entwined.

They reveal the passions and the power play, the corruption and the conspiracies, the vendettas and the vanity behind pop culture's greatest phenomena. No audiobook has ever penetrated so deeply into the secret worlds of Elvis and the Beatles. This is the graphic firsthand account of the ambition, lust and greed that drove the most gilded icons in pop history to the very peak of the mountain. And of the dark and dangerous forces that destroyed them.

This was a great book for music fans and gave interesting insights into the lives of two remarkable men and their everlasting legacies.