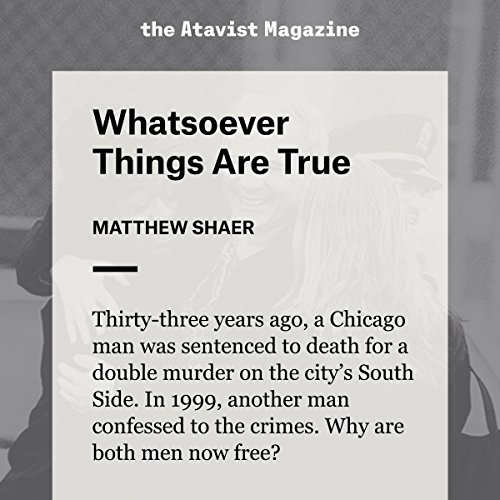 In August 1982, a young couple was murdered in a Chicago park. Months away from their wedding, Jerry Hillard and Marilyn Green were shot to death on the bleachers overlooking a pool on the South Side of the city. A year later, Anthony Porter, a local man with a checkered past, was found guilty of the crime and sentenced to death. Fifty hours before his execution, Porter was freed, thanks to an investigation by David Protess and his students at Northwestern University's Medill School of Journalism. The students found new witnesses to the crime and brought attention to Alstory Simon, an overlooked suspect, who confessed to the murders. Porter's exoneration was a watershed moment in Illinois; the case helped abolish the death penalty in the state. And then, 15 years later, Simon himself was released from prison, the charges against him vacated. Protess and his team are now the subjects of a lawsuit alleging that they conspired to imprison an innocent man - and release a killer.

Whatsoever Things Are True is the result of Matthew Shaer's 10-month long investigation into the crime and its aftermath, based on thousands of pages of court documents and interviews with nearly a hundred participants, some of whom have never spoken to the press. In this extraordinary work, Shaer unravels a decades-old mystery that raises questions not only about America's criminal justice system, but about the elusive nature of justice.

What listeners say about Whatsoever Things Are True