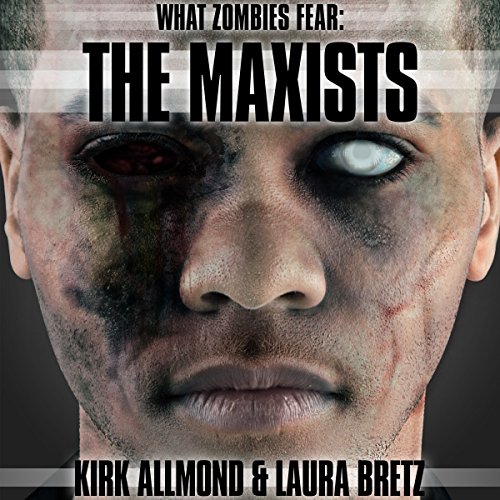 What Zombies Fear 2: The Maxists

What Zombies Fear 2: The Maxists

Victor Tookes and his family are still struggling to survive after a parasite that turns people into zombies wipes out civilization. After reaching the relative safety of the family home in Virginia, the danger only intensifies. Zombies still stalk their every move but now Victor and his friends have another threat to deal with - a rogue military unit whose commander wants Victor's son.

When Max is kidnapped, Victor goes on the warpath, moving mountains and destroying everything that stands between him and his son. Victor, John, Leo, and Marshall discover Max is being held a few miles from their home. The rescue attempt and the small child's attempt to escape result in the rise of a new cult, The Maxists.

What listeners say about What Zombies Fear 2: The Maxists

I would not have called this a zombie book. The concept of powers from a bite is interesting but I would have used "infected" instead. Still a few too many stretches of faith and how the ignorance of yesterday is "figured out" without any real problem solving - but the second book is better than the last.

Has What Zombies Fear 2: The Maxists turned you off from other books in this genre?

No. It feels like a super hero book not a zombie book.

Did Victor Bevine do a good job differentiating all the characters? How?

He did better story telling than the last book. I still had some difficulty relating to the characters - they seemed one dimensional.

Do you think What Zombies Fear 2: The Maxists needs a follow-up book? Why or why not?

Even bad stories need an ending...

I am still going to finish the series. Perhaps if they were bundled together I would not feel as if I was wasting a credit on a 6 hr book..