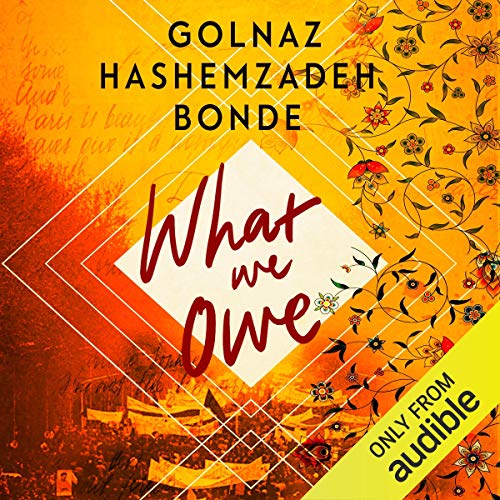 By: Golnz Hashemzadeh Bonde
Narrated by: Anoushka Rava
Try for £0.00

Tehran, 1978: Nahid and Masood, both 18, are young lovers and young revolutionaries, determined to overthrow the Shah's regime and help to bring about democracy. Their clandestine activities are dangerous, but with youth, passion and right on their side, they feel invincible. Then one night, Nahid allows her younger sister to come along to a huge demonstration. Violence breaks out. Nahid lets go of her sister's hand. Everything changes.

As the revolution sours, and the loss becomes too much to bear, Nahid and Masood are forced to flee to Sweden, on borrowed money with forged passports. Tehran is no longer safe for them, and now they are expecting a baby; they need to get out before they lose everything.

Thirty years later, Nahid lies in a hospital bed replaying her life, raging at her carers, at her recent cancer diagnosis, at Masood, at her - now pregnant - daughter, and at her exile among people who while purporting to understand know nothing of what she has been through. Told with startling honesty, dark wit and an irresistible momentum, What We Owe is a novel of love, guilt and dreams for a better future, vibrating with both sorrow and an unquenchable joie de vivre.

What listeners say about What We Owe