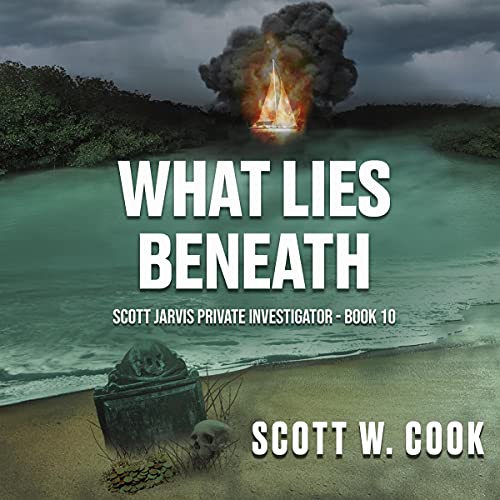 Ghoulish grave robbers and stolen documents are just the opening moves of a sinister plot where kidnapping, violence, murder, and treachery lurk around every corner....

What starts with two seemingly random and odd small cases quickly explodes into one of the most confusing, twisted and deadly investigations Orlando Private Investigators Scott Jarvis and Lisa Gonzalez have ever tackled. One that tears open the secrets of their friend Lieutenant Sharon Nolen’s family history and threatens to tear her world apart.

After discovering an odd secret about Sharon’s father, her pseudo uncle Rick Eagle Feather is kidnapped in a bloody gun battle that leaves half a dozen men dead. At the same time, two prominent politicians hire Scott and Lisa to investigate a case that appears to pit the politicians and the two lovers against each other.

An ancient people called the Calusa once ruled Florida. Now, long after their extinction, the land they formerly occupied may hold a secret so valuable it could change the political landscape of Florida and give those who obtain control unprecedented power and enormous wealth… and a pack of drug dealers, gang bangers and the most deadly enemy of all...the one truly pulling the strings...will stop at nothing to get what they want!

Shots thunder, blood flows, and tension stretches to the breaking point in this gripping 10th Scott Jarvis Private Investigator novel...a story that takes you on a wild ride from Orlando to the lush tropical landscapes of Southwest Florida.

What listeners say about What Lies Beneath

This may be the best Jarvis book yet! I love how the author was able to weave so many seemingly random events into a single storyline. It had me guessing until the very end! The pace was fast and the characters are fun, a perfect combination for a summertime read. I'll definitely be reading (listening) to this one again!

Wow, this one might be the most complex Jarvis yet. Lot of twists and turns and surprises. I like that I don't know the identity of the bad guy by page 5. This author has a way of keeping you engaged and wanting more. Dave does his usual great job of telling a dynamic story. I highly recommend this baby.