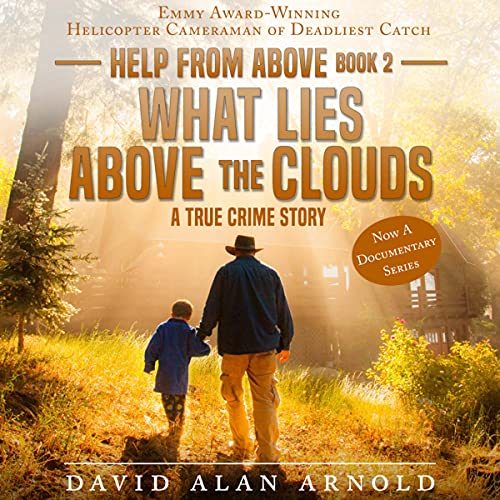 What Lies Above the Clouds

In his second memoir, a true crime story, David Alan Arnold takes us on a life and death adventure in his helicopter as an aerial cameraman for Ice Road Truckers and Deadliest Catch. He also gets into adventures at home, when he picks a fight with an organized crime ring that took over a school bus stop. David's town has so few residents that good people are afraid to speak about the crimes, for fear of reprisal.

When killers and dirty cops outnumber town residents, it's wise to stay out of harm's way. But David is famous for being “thick as a brick”. So here we go, on what David calls an ill-planned journey, straight into a fight that left a trail of human body parts in the woods behind the school bus stop. Hard to believe? Not according to FBI agents who asked to read an advanced copy of this book. Buckle up for a wild ride in the sky above Monday Night Football, Ice Road Truckers, and Deadliest Catch, as well as a chilling true crime story that brought heroin, racketeering, and murder to a school bus stop in David’s home town.

What listeners say about What Lies Above the Clouds