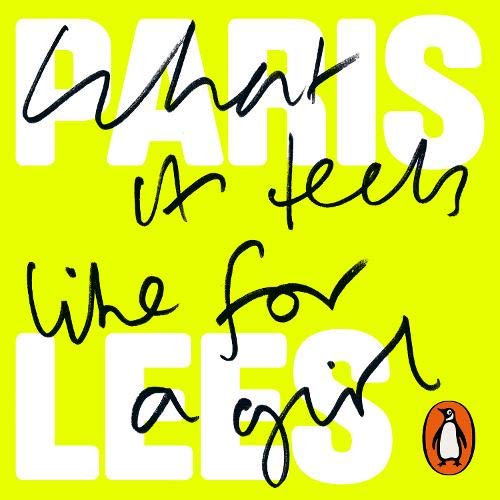 Thirteen-year-old Byron needs to get away and doesn't care how. Sick of being beaten up by lads for 'talkin' like a poof' after school. Sick of dad - the weightlifting, womanising Gaz - and Mam, who selfishly pissed off to Turkey like Shirley Valentine. Sick of the people who shuffle about Hucknall like the living dead, going on about kitchens they're too skint to do up and marriages they're too scared to leave.

It's a new millennium, Madonna's Music is top of the charts and there's a whole world to explore - and Byron's happy to beg, steal and skank onto a rollercoaster ride of hedonism. Life explodes like a rush of ecstasy when Byron discovers the Fallen Divas Project and the East Midlands' premier podium-dancer-cum-hellraiser, the mesmerising Lady Die. But when the comedown finally kicks in, Byron arrives at a shocking encounter that will change life forever.

Unflinching, hilarious and heartbreaking, What It Feels Like for a Girl is the unique, hotly anticipated and addictively listenable debut from one of Britain's most exciting young writers.

What listeners say about What It Feels Like for a Girl

This book is amazing. The fact that you narrate it, makes me love it more. I hear it the way that you want me to hear it. I have mentioned in a tweet how I love the fact that you use song lyrics for the name of chapters. Everytime that you said them, memories of my life appears in my head. I then say the next line of the song. There is one thing left to say and that is thank you Paris.

I have listened to this whole audio three times and I am still not bored.
Spoken candidly about real life. I loved it!!
It was hard not to get drawn in to the storyline. I champion her all the way through, the bravery, the risks the highs the lows, and the love . I recommend to all walks of life because some how there is going to be something you can relate to
congratulations Paris Lees on a great book!!!

I cannot remember the last time I enjoyed a story so much. I am from Nottingham too and absolutely loved the way Paris used local dialect and sayings to bring her journey to life, it brought back a lot of fond memories of the pubs, clubs shops of the time. I was a little taken aback at how honest Paris was throughout the audio as there are usually boundaries in films and books for fear of offending the reader/listener but this was absolutely story telling at its finest with absolute no apologies.
I have never laughed or cried so much at a story, it was so inspiring and thought provoking I didn't want it to end. I would 100% read her next book if ever Paris decided to publish the next phase of her life. I will be buying a hard back copy of the book as I would like to read it and compare the book and audio. Brilliant memoire thank you Paris x

The author is always the best narrator

Loved this, hope we get to hear the rest of her story in the future

How my life may've been different if I had read this when I was a teenage. Many, many comparisons from the brain dead, chav, nobhead bullies, to wanting and liking something you'd been conditioned is bad. swap Hucknell for Hatfield and they wouldn't have been worlds apart.

This was a riveting story, wonderfully well told and read by the author herself. So many sharp observations and so much wit. I loved it from start to finish.

A stunning book which is beautifully narrated by the author. What a life she’s had!

Paris’s early life story told so beautifully. Amazingly evocative, told by Paris herself, you feel like you’re alongside her through every adventure. Not shying away from some of the challenging moments in those early years, she manages to communicate pain with a humour and authenticity that only helps you connect to her experience and never get overwhelmed by it. She’s a super talented writer and hope there’s plenty more where this came from ❤️