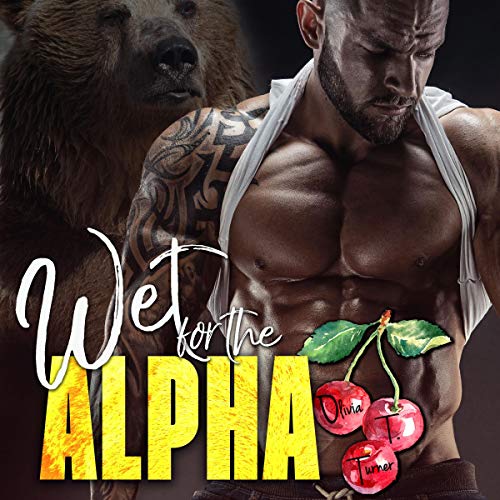 Wet for the Alpha

Wet for the Alpha

I grew up surrounded by shifters, but nothing prepared me for Cash Ridge. The wildly possessive grizzly bear shifter who comes storming onto my brother's ranch to claim me. He says I'm his territory. He thinks he owns me. My brother and his lion shifter friends think otherwise, but nothing seems to stop him. This grizzly is obsessed with my curves, and his obsession keeps growing. Not a crew of angry lions, the law, or even my shouts of protest are going to stop him from taking what's his.

He says I'm his mate.

He says I belong to him.

He says he's going to stuff me full of his cubs.... I think it's time for me to shut up and start listening.

Do you like an alpha who snarls in the streets and growls in the sheets? Cash is a dominant over-the-top grizzly bear shifter who will have you howling for more.

The books in this series are so good and I am thoroughly enjoying them. Wish there were more than 4. Cash Ridge watched his brothers find their mates and then he finds his mate, Zoey. Unfortunately, she is the sister of the leader of the lion shifters. If you have been following the series, you know the lions are disgusting. Their home and surrounding property are the same way. They are always fighting but that doesn’t stop Cash. He is on a mission to get his mate and he succeeds. Cash is a very possessive and overprotective bear shifter. I love how both Cash and Zoey were virgins and saved themselves for each other. You don’t usually see that, at least not for the males. There is absolutely no cheating, which I love. If you like over the top alpha males who find their mate, this is the book for you.

Beth Roeg and Tristan James did a great job with the narration. I received this free copy audiobook at my request and have voluntarily left this review.

❤️. 👍. Another great story with great vocals. Loved all the Ridge brothers and mates so far. Steamy reads.

the book was wonderful as the others I have read. The romance in her books always leaves you in ahhhh! true love.

I loved how overprotective Cash was with Zoe. I mean, what else can you expect from the Ridge Brothers, and most of all when you have waited your whole life for your alpha or your mate?