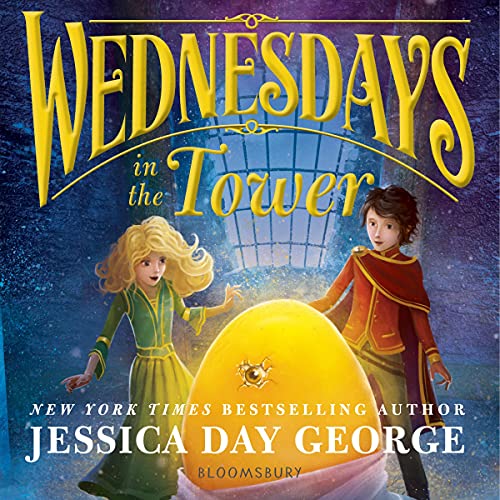 Wednesdays in the Tower

What will Wednesday bring in the second book in this charming New York Times best-selling middle-grade fantasy series from Jessica Day George?

When her brother, Rolf, dares her to catch magical Castle Glower, creating a new room, Princess Celie takes the challenge! No one knows the castle better than she does. But as usual, the castle has ideas of its own....

Celie finds the new room, and inside it is hidden a giant egg. It looks like the castle wants Celie to care for the egg and whatever creature it hatches! Celie hadn't bargained for a pet, and caring for this one will prove to be especially tricky, once Celie and her siblings realise what else the castle is hiding.

Tuesdays at the Castle series:

Tuesdays at the Castle

Wednesdays in the Tower

Thursdays with the Crown

Fridays with the Wizards

Princess of the Midnight Ball

Princess of the Silver Woods

Sun and Moon, Ice and Snow

Silver in the Blood

"A sweet, funny, sincere story in which siblings work together." (Kirkus Reviews)

"There is plenty to charm readers in this second book in the series." (SLJ)

What listeners say about Wednesdays in the Tower