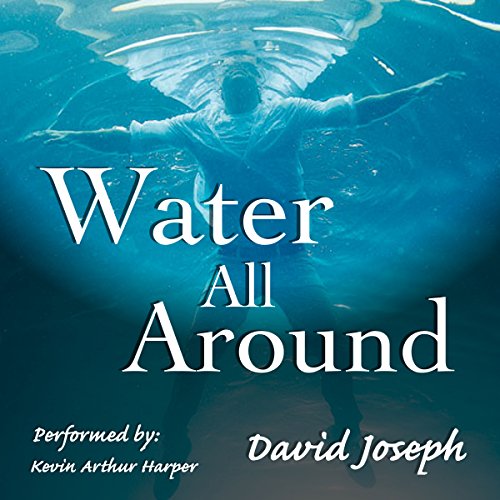 Frank Boston, retired Air Force Pararescueman, experienced two separate incidents involving three back-to-back deaths early in his Air Force career. He concluded after the second incident that he has a strange power he calls nose-smell, a sort of mystic instinct of seeing who will die in a group of related deaths. He goes years without using his ability until a small girl drowns in a pond on the nearby Air Force base. He knows two more water-related deaths will soon follow. Frank's mission: to identify the two future victims and prevent their deaths.

What listeners say about Water All Around

Frank knows that for him,death comes in threes.Can he stop them from happening?A good short story.Kevin Arthur Harper is a terrific narrator for this.I was given this copy by the author,narrator or publisher.

great story,loved it. loved the characters too. we'll narrated by a good reader.

I lived at Travis AFB and the surrounding area and found this book to be so real it did not even feel like fiction. The narrator does an excellent job keeping a consistent speed and his tone and inflections made it more like someone telling a story rather than reading a book. I listened at 1.5 speed and it was perfect. This is a great story and is narrated very well, highly recommend!

What a spell-binder! Listened straight through. Could not stop. Great narration! Voice perfect for the old man. Frank Boston. Look forward to more stories by David Joseph!