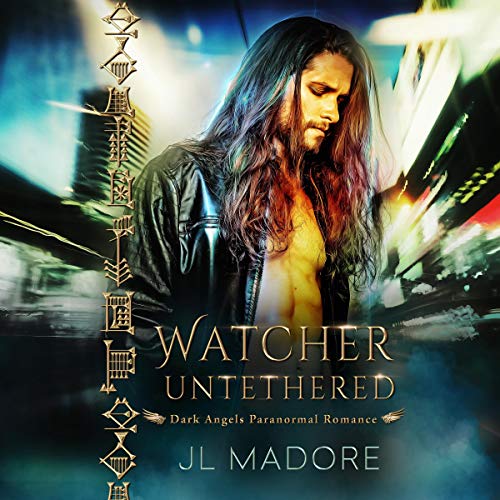 Wounded in battle, Zander wakes in a daemon feeding ground, bound to a human female. The origins of the restraints are unknown and the woman - Austin - is a risk for Otherworld exposure.

In the midst of human corpses, and with relationships punishable by death, Austin tempts a part of him he locked down his entire existence.

Awakened, his inner beast, pulls at its tether, fighting to claim what can never be.

The Watchers of the Gray Series by JL Madore, joins the gritty, dark paranormal romance traditions of JR Ward, Sherrilyn Kenyon, and IT Lucas.

Devour this pause-resister and join the secret world of the Watchers of the Gray!

this story is gripping and different from a lot of stories. brilliantly written and performed, I completed enjoyed it

Pulls you in right from the beginning. Plenty of action and hot romance.