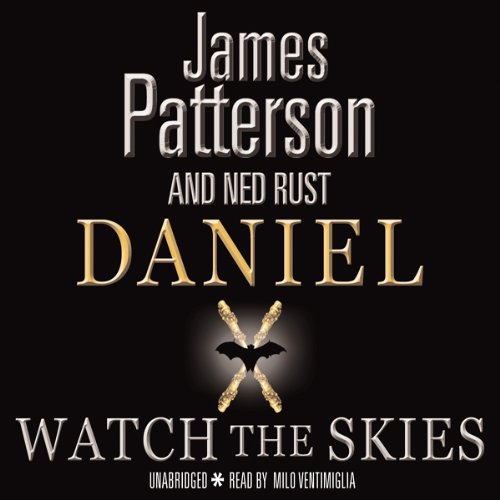 By: James Patterson,Ned Rust
Narrated by: Milo Ventimiglia
Try for £0.00

Daniel X takes on the wildest threat the world has ever seen -- someone whose craving for fame could destroy the planet!

All's quiet in the small town of Holliswood -- television sets, computers, and portable devices aglow in every home, classroom, and store. But not all is perfect. An evil is lurking, just out of sight, behind the screen.

From the darkest depths of imagination flickers the most terrifying character yet. A villain with more ambition than the world can withstand, dead set on throwing the sleepy neighbourhood into chaos, and documenting the destruction of every person in it, including Daniel, his friends, and his family.

Daniel X is the only person who can stop this made-for-TV-tyrant from wiping out the city and everyone living there. This devilish director assembles an all-star team of his own creation, and not even Daniel can imagine the enormity of his plans. Can he stop this deranged outlaw before he stages the most spectacular finale the world has ever seen? Or will Daniel X find himself on the cutting room floor?

What listeners say about Watch the Skies