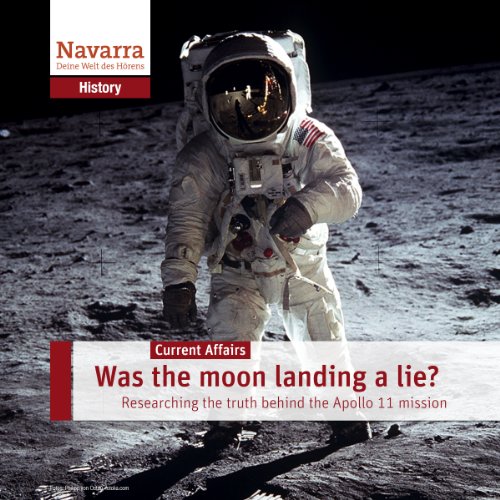 Was the moon landing a lie?

Researching the truth behind the Apollo 11 mission
By: Michael Nolden
Narrated by: Keith Lightbody
Length: 1 hr and 16 mins
Categories: History, World
3 out of 5 stars 3.0 (1 rating)

Was the moon landing a lie?

The Eagle has landed - really? Summer 1969. Millions of people all over the world listened to the radio and starred at their tv-screens - back then on monochrome displays. The small moon lander called the "Eagle" reaches its destination and touched down on the surface of the moon. The Apollo 11 mission succeeded. Neil Armstrong's feet step on the sandy floor of the moon. The first human being walked on the moon. The whole world was cheering. But what did they really hear and see? Are the six successful moon landings between the years of 1969 and 1972 a gigantic fake? If yes: Why? What happened on the moon? We'll bring light into the darkness.
©2013 Frimondo GmbH (P)2013 Frimondo GmbH

I still don't believe it.

I still don't believe the moon landings were true. This author's logic was so difficult to follow that it added to my sceptcism.