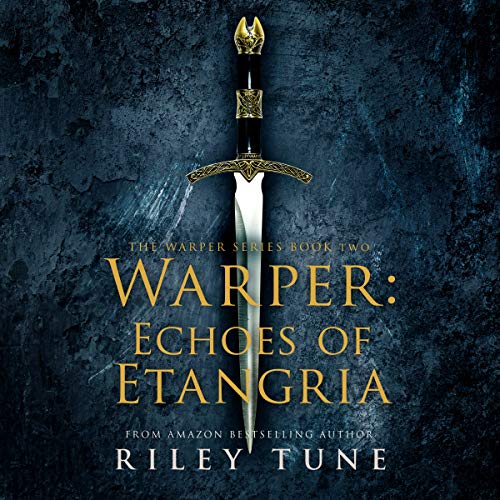 Lox - the young assassin who can vanish in the blink of an eye - returns to battle dire threats once again.

Only months have passed since Lox and his crew did the inconceivable - killed the immortal Emperor Nal. Now with his comrade Jolin as the new King, Lox, his Changeling girlfriend Vida, and the rest of his family are living in the very palace where they once fought for their lives. Things are great until the unimaginable happens, and mysterious orbs of energy rain down from the skies. Some are harmless, while others kill instantly.

As more people fall victim to the unknown orbs, fear grips the land. The countdown to war is given from a neighboring kingdom, and the newly crowned Jolin finds himself being blamed for each new ill his people suffer. Soon counting himself among the fearful is Lox, whose own brother and sister have become the orbs' latest casualties. Even worse, he is starting to hear voices again, while at the same time being hunted by assassins whose powers far exceed his own.

With Vida - and help from an old enemy - Lox travels to lands few have seen. As he discovers more about an ancient power, Lox will have to defeat those who want him dead, uncover long-lost secrets, and even travel to a new world if he wants to save his siblings, and stop the war on Thera before all is lost.

What listeners say about Warper

Good storyline, in my opinion, but could do without the gay reference of certain characters.
Not recommended for children under 16

This isn't the usual type of book I listen to but I thought I'd give this one a try because the story sounded interesting. This was action-packed and it kept me listening the whole way through. Sadly, this story wasn't for me but I'm glad I took a chance on this one - it was a unique listening experience for me and I think that dark fantasy lovers will really enjoy this. The narration was very good as well.

This book definitely falls into the dark fantasy category. As someone who enjoys that sort of story, this was pretty good. I really enjoyed the world Riley Tune created. The world, the magic, and the characters felt well thought out and there was plenty of action and adventure to get lost in. It is not for the younger audience, though, as it earns the dark fantasy label with the violence and some sexuality. The narrator did a great job of bringing this book to life. All in all, this was highly enjoyable, and I'd definitely be open to the more books from this duo.

I got this ARC via audiobook boom and this is my review. I am not a fan of dark fantasy but for those who are you will enjoy this well-developed story. The characters are fleshed out as well as the world they are living in. The narrator was great for this story and seemed to understand what the author wanted from each character and delivered. It is a good listen but not my style.

I think people who love reading dark fantasy novels with larger than life characters, they will love this book. It wasn't for me, but I can recommend it to a couple of my friends who are into that kind of books. For me, the story didn't quite interest me after a while. I thought maybe if I try to read the story in kindle, alongside listening to it in Audible, that might help me like the story more. But I didn't find the book in Overdrive. Hence I had to quite it after some time. That doesn't mean the book is bad though. It just wasn't for me.

While it was a captivating story and world, the author's abuse of the word "some" kept drawing me out of the story. At first I assumed it was a created-world thing, but it happens in another series by the same author. There was something else that detracted from the story, but it escapes me at the moment. It really was an interesting story and world...