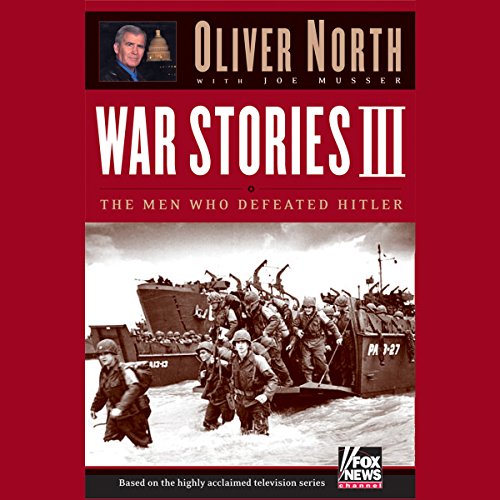 In War Stories III: The Heroes Who Defeated Hitler, Marine combat veteran Lt. Colonel Oliver North gives you a chance to revisit the frontlines with infantrymen slugging their way up the boot of Italy, bomber pilots threading the shell bursts over Germany, and sailors of the U.S. Navy and Merchant Marines dueling German U-Boats in the icy Atlantic. The whole panoramic spectacle of the war in Europe is here, from the perspectives of American, British, Russian, French, and even German individuals who saw history unfold before their eyes.

Well done with great history. Love Oliver North and his history lessons.
When the narrator reads from actual words of men, women, Germans and others; it was unrealistic. At least add a woman’s voice for female quotes and something German for German parts.