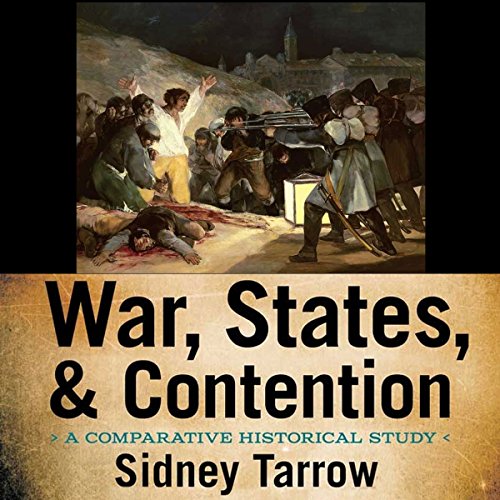 For the last two decades, Sidney Tarrow has explored "contentious politics" - disruptions of the settled political order caused by social movements. These disruptions range from strikes and street protests to riots and civil disobedience to revolution. In War, States, and Contention, Tarrow shows how such movements sometimes trigger, animate, and guide the course of war and how they sometimes rise during war and in war's wake to change regimes or even overthrow states.

In the 21st century, movements are becoming transnational, and globalization and internationalization are moving war beyond conflict between states. The radically new phenomenon is not that movements make war against states but that states make war against movements. Tarrow finds this an especially troublesome development in recent US history. He argues that that the United States is in danger of abandoning the devotion to rights it had expanded through two centuries of struggle and that Americans are now institutionalizing as a "new normal" the abuse of rights in the name of national security. He expands this hypothesis to the global level through what he calls "the international state of emergency."

What listeners say about War, States, and Contention

and opportunities to fight for rights and liberties in times of extended interlinks between army state bureaucracy and corporations to control and dominate societies.