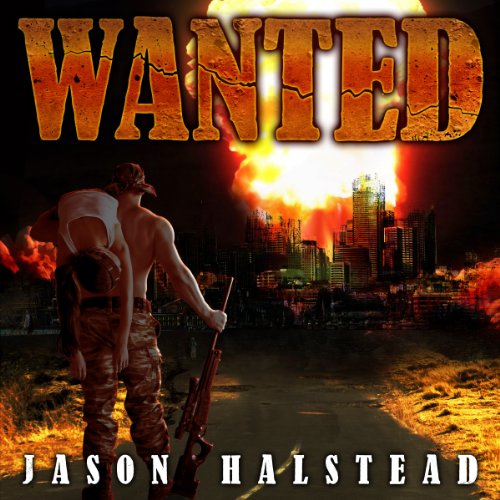 Sergeant First Class Carl Waters left the army behind before the bomb went off in Los Angeles. He lived off the grid, avoiding the fallout from the bombs and the Burnout Fever that ravaged the world. With the occasional trespasser to keep his skills sharp, life was smooth and settled and exactly how he wanted it.

All that changed when three stragglers, two children led by a shepherd who had lost her own way, showed up. Carl didn't have the heart to turn them away, for he felt the sins of his past had finally came calling...especially when it turned out the children had their own demons in pursuit.

On the run once again, they must now survive the North American badlands, an enemy with unlimited resources, and each other. Ultimately, it will come down to Carl to decide just how much he is willing to sacrifice for the safety of his charges.

Don't forget to check out these other books in the Wanted series: Book 2: Ice Princess, Book 3: Bounty.

Would you consider the audio edition of Wanted to be better than the print version?

Don't know since I didn't read the print version.

Laugh a few times but most of the time it was pretty dramatic.

I thought this was a pretty good "after the Apocalypse" story with some well developed characters. Also thought the narrator was good. Did some very distinct and believable voices for the various characters. This is the first of a trilogy so I'm looking forward to the second one.

Excellent sci-fi "after the bomb" story

What made the experience of listening to Wanted the most enjoyable?

Caught me up from the first page and never let up.. Fast-paced, suspenseful, and very believable. The characters are well rounded with background on each so you know how they got to be who they are.

What was one of the most memorable moments of Wanted?

Hero coming back to his home and doing battle with the bad guys who have invaded it.

A bit long for that...but finished it in a few days.

Narrator was quite good...very believable voices for all main characters without going overboard.

I can't wait to read the second book in the series. Loved all the characters j

Just couldn't get into it...