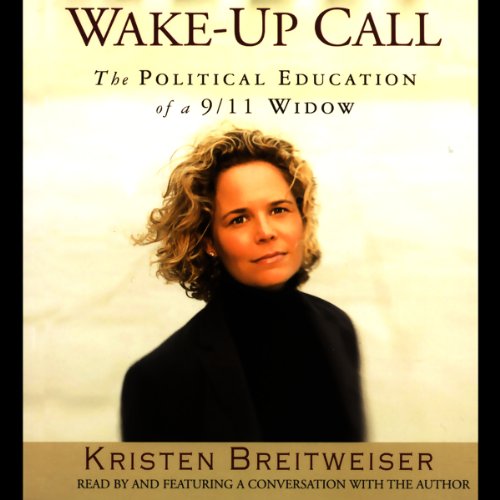 "Sweets, I'm OK. I'm OK. Don't worry. It's not my building," said Kristen Breitweiser's husband on the phone from his office in the second tower. The call ended abruptly, and Kristen stared at the television in horror as the second plane hit, and her life, and her country, changed forever.

This is the deeply personal, often shocking, and ultimately inspirational story of a woman left to pick up the pieces of a life shattered by terrorism. With no husband by her side or father for her child, Kristen somehow found the strength within herself to embark on a journey that would lead first to the creation of the 9/11 Commission and then to her role as one of the country's most outspoken activists and critics of the current administration.

"Breitweiser has produced a touching account of her history and ongoing mission that's bound to achieve prominence." (Publishers Weekly)
"This heartfelt memoir will resonate with most Americans regardless of their political affiliations and serve as a reminder to many that there is still work to be done and action to be taken." (Booklist)

What listeners say about Wake-Up Call

I chose this book, thinking it would be a story about a woman who triuphs over great tragedy. That type of book always inspires me. I found it to be so much more.

It is an account of well-educated Kristens experiences being tragicly wrenched from her everyday American life and the course her life took after that. She was a happily married, stay at home mom taken into adversity she could never have dreamed of, losing her beloved husband in the 9-11 attacks.

I appreciated the political education that she gained the hard way. That was a bonus.
She is an inspiration. Kristen is strength and grace under fire.

She really should run for office!

Conviction through the facts

Kristen’s words prompts personal reflection and conviction. I often found myself totally immersed in her world as she describes her journey and pieced together the findings of her work. Her writing displays her intellectual curiosity along with her longing need for answers. I left this podcast compelled to be a more informed American around the lack of national security of our government and convicted to do my part in keeping our government accountable. I already struggled with trusting our government being an African-American and seeing the different atrocities that has burdened Black people as a result. After listening to Kristen’s findings I feel affirmed in my distrust and need to gain more protection in my environment as our government continues to lie and cover up their evident wrongdoings. I hope Kristen can continue her fight for accountability with love and support around her. I also hope that she can find unspeakable peace and joy through the sacrifice of Christ. As His sacrifice is perfect and unselfish.

The total ineptness of our government to protect

Incredible research to build case for government accountability and an action plan for implementing changes that are literally required to salvage our world. Kristen shared with us her deep personal feelings draw us in at every turn. If you can read this book without shedding a tear, check your pulse.