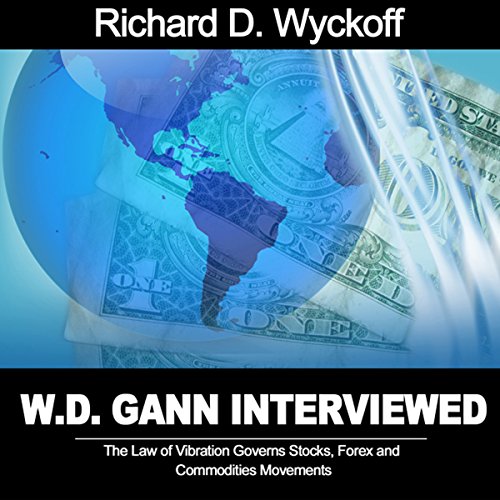 It appears to be a fact: W. D. Gann has developed an entirely new idea about the principles governing market movements. He bases his operations on certain natural laws which, though existing since the world began, have only in recent years been subjected to the will of man and added to the list of so-called modern discoveries. We have asked Gann for an outline of his work, and have secured some remarkable evidence about the results he has obtained. W. D. Gann's description of his experience and methods is given here. It should be listened to while keeping in mind that his predictions have proved correct in a large majority of instances.

This audiobook its just a joke; short, without any substantial content. I wouldnt recommended to anynone..

talks about Gann and how great he was at predicting stock movements; but gives no indication of how we can do it....